A Record Month! Here’s How I Did It…& How You Can Too 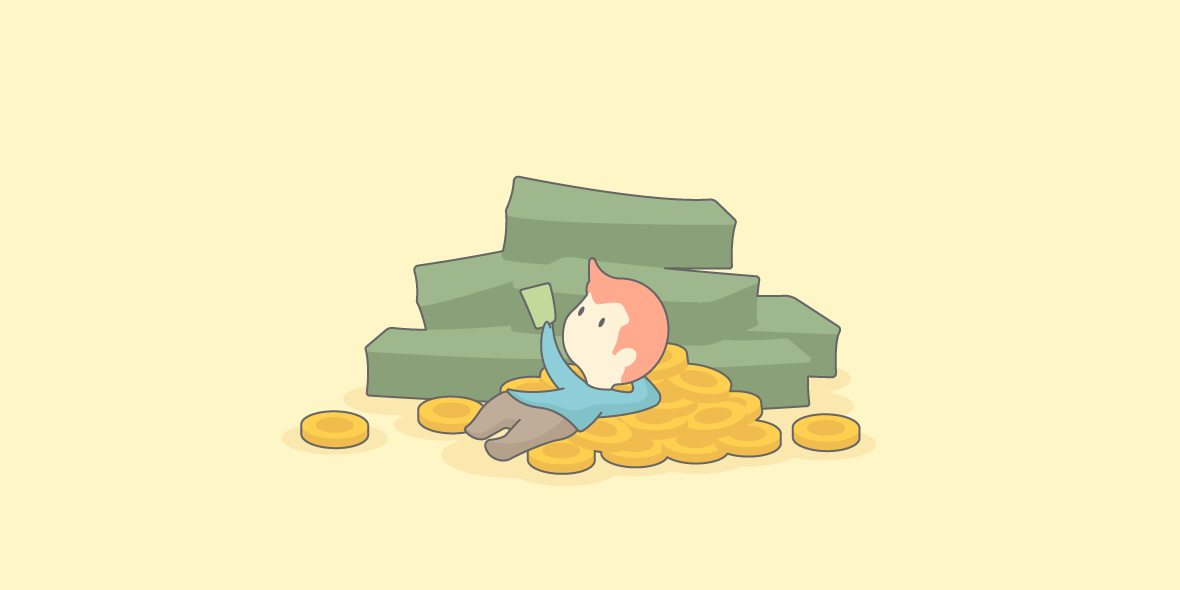 I very rarely talk to you about how much I make from my own matched betting.

Whilst we here at Beating Betting are typically happy to share everything we know with you, it’s nice to keep a couple of things private, y’know?

We’re here to inform. To teach. To inspire.

Today, I’ve got the opportunity to do something a little different…

…and I’m grabbing the bull by its big, fat, spiky horns.

I’m delighted to say that April 2017 was a record month for me.

Within this post, I’m going to reveal the exact profit figure I earned in that record month.

I’m also going to show you how I went about achieving it with a single set of accounts.

Hopefully you can replicate some of my success over the coming months.

Before We Get Started…

I put around 40% of my matched betting time into sports and around 60% of my time into casino in the month.

These are just estimations and it’s not important that you follow this structure – do what you’re comfortable with.

I am going to be honest now and answer one thing straight away:

Was it a lucky month?

I’ve been doing matched betting for a long time now, and it was one of my ‘luckiest’ months yet…

…but good luck can be repeated.

By putting in months of hard work, placing bets even when I didn’t really want to, I truly feel this luck was earned.

I always give myself chances of hitting big wins. I’ll generally hit one a month, maybe two if I’m lucky.

In April, I managed several.

I’ll talk you through them in detail.

Update: I beat this record month! I’ve given information about this at the end of the post.

Without further ado, let’s take a look at my profit and how I did it:

This isn’t my best monthly sports result, but I’m still absolutely ecstatic with it.

I probably put in around an hour a day in this area on average.

There were many days where I didn’t place any bets at all.

However, there were some days where I dedicated a lot of time into it, specifically the Grand National.

We’ll talk about that race in more detail shortly.

First, let’s take a look at a breakdown of my ‘big win’ bets:

On the 25th of the month, I made £110 Betfair trading the Ronnie O’Sullivan vs. Ding Junhui snooker match.

This profit was generated via:

…arbs on the place parts of my each-way bets…

…and hitting 5th place for the mega boom via a bookmaker offering an ‘extra’ place on these each-way bets.

Many of the arbs were generating me between £5-£20 per horse, meaning I could afford to take slightly larger losses on a couple of other horses in an effort to guarantee the fact that I’d hit 5th place.

That allowed me to get the entire 40-strong field of horses covered!

I did this using The Eachway Matcher on Oddsmonkey – this is the tool I use for generating the bulk of my sports profits each month.

There is also Each Way Sniper; this has more features but is more expensive – it’s a brilliant alternative that we’d also recommend if you’re not on a budget and want some added efficiency.

If you think this seems like a big task to cover the whole field – it is.

It probably took me around 5 hours on Grand National day to get the field covered.

There’s no way I’d have managed to cover even half of the horses without the tools mentioned above.

In total, I placed bets with 13 different bookmakers.

4 of these bookmaker accounts were gubbed in the past – which makes them perfect for these scenarios!

By using these accounts, it meant that I could get on as many horses as possible without fear of losing promotions (because I’d already lost them!).

When it came to the result of the race – as I mentioned earlier – I did have some good fortune.

I hit the absolute best outcome I could in the ‘extra’ 5th place – Gas Line Boy.

I unfortunately missed out on several chances I had at hitting 6th place (right horse, wrong bookie scenario) which would have been an even more incredible result.

In addition to the Grand National…

I made just over £400 profit via accumulators throughout the month.

Since reviewing MatchedBets, I have been really getting into accumulators again via their tool ‘Acca Backers’.

I placed 36 no lay accumulators generated via Acca Backers, making an average profit of £11.41 from an average stake of £25.

This performed to a level that was above EV – the Expected Value – which had estimated that I would make around half of that level of profit.

I had a bad performance on ‘no lays’ back in March, so I guess this was me seeing the positive shift of EV back in my favour.

My remaining profit came from smaller offers and loyalty bonuses.

If I could turn back time, I wish I would have invested more time into more sports offers.

I know that many people made really good money via these…and I just got a bit lazy if I’m being honest.

It goes to show that I wasn’t working flat out to achieve this – far from it.

This is nowhere near a ‘full-time’ commitment for me.

In fact, most weeks, I hardly place a single bet during regular working hours.

With a little more effort, we could all make a chunk of additional profit.

You might think to yourself that I got lucky – and you’d be right, to a degree.

My results were above EV, that’s for sure.

In February, my results were absolutely awful (EV-wise) on casino.

In March, results were average.

In April, I think I hit the positive upswing that I’d been due since February (and perhaps longer).

If you want to know how I calculate EV, I use EV Maximiser — check that one out by clicking here.

However, this isn’t essential.

This is because I also use Profit Maximiser for my casino-related matched betting, and they post the EV of offers based on recommended slots and stakes.

Remember, most matched betting companies don’t accurately calculate EV – simply because they’re unable to factor in variables such as stake sizes and the variance of a particular slot.

This is where Profit Maximiser stand out and it’s the very reason I am signed up with multiple companies.

I attempted 51 regular casino offers in the month.

I class a ‘regular casino offer’ as a deposit bonus with wagering.

Some were new sign-ups, some were reload offers.

The majority of these were high risk (remember, don’t attempt these if your bank does not allow).

I bust out on 38 offers and completed wagering on 13. This gave me a bust rate of just below 75%.

However, on the offers I didn’t bust out on, I hit some nice wins.

This started on the first of the month, hitting a £1,764 win on a ridiculously good offer posted on Profit Maximiser – a 500% bonus on a £40 deposit.

You’ll notice that my income in this section doesn’t really add up to the total profit listed above – it will probably appear too high.

That’s because you suffer losses as a result of variance with casino offers.

My biggest losing streak was just five offers, which included four £200 buy-ins and a £50. This has no doubt been my best ever month for positive variance, but it still pains me to see losses.

A large portion of the revenue I generated (which is in addition to the 51 regular offers I completed above) was via a simple loophole that was posted to Oddsmonkey.

I attempted this loophole once per week for three weeks and made £840 in total.

There were also many other smaller offers I attempted – things involving free spins, easter bonuses and whatnot.

This accounted for just a small amount of income as I was not particularly lucky on these.

However, I did hit a big win on free spins the morning of writing this post:

Whilst this obviously doesn’t contribute to April’s profits, it shows that free spins are always worth doing – especially with no wagering requirements like the one above.

How to Replicate This Success

It’s important to start thinking ahead for how this can be replicated over the coming months – particularly as the football season is coming to a close.

In my first year of matched betting, I made the huge mistake of taking the summer off.

…it meant I was spending my profits too. And far too much of them!

I am also going to make sure I put additional effort into my football betting – particularly standard reloads and more accumulators – before the season ends.

There will be other sports available to bet on over the summer too that will enable me to generate consistent earnings throughout the football off-season.

As always, the main tools I’ll be using for these are:

However, we are all growing.

You don’t need to compare yourself to other people.

Just keep improving, keep increasing your profits, and be a better – richer – version of yourself than yesterday.

I wish you the best of luck in trying to achieve your record month some point soon.

How did you get on last month?

Let us know in the comments below!

Update: I had a new record month! I won’t list all of the ins and outs like I have above because it mostly came down to one big win and a lucrative VIP scheme; it’s much less repeatable than what I’ve documented throughout this post. However, it was my first 5-figure profit month. Boom!