How to Cash in More Poker Tournaments 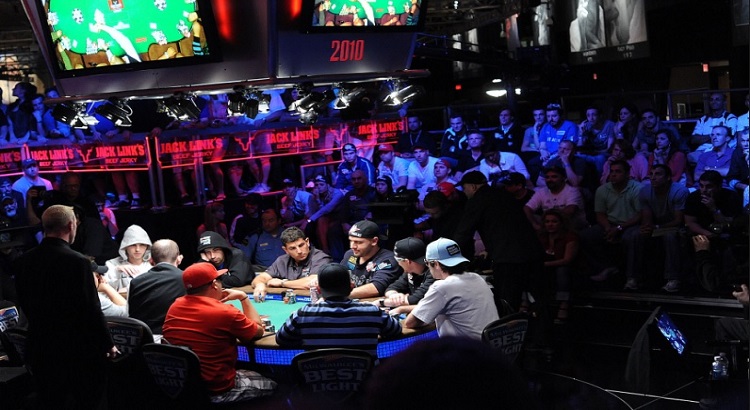 If you choose to put most of the volume of your play into tournaments instead of cash games be prepared that you’re going to have a lot more variables on your mind than at the cash tables.

Because of that, the way you should play your hand can vary drastically even within the same tournament – there may be a case where Q7 off-suit is a clear shove pre-flop, while pocket tens are an obvious fold.

This is based on a number of things – payout structure, your and your opponents’ stack sizes, and many other variables.

This a whole new set of calculations.

While cash game players only need to worry about EV (expected value), tournament players need to have ICM (independent chip model) constantly on their minds as well.

Therefore, tournament poker is an objectively more complex game than cash game poker since EV calculations are still at play for each decision but on top of that comes the ICM factor.

In this post, we’re going to look at how you can cash in more poker tournaments and the knock-on effect this can have with your overall profitability.

MTTs (multi-table tournaments) have some advantages over cash games, though.

Staking groups  — those that contribute to buy-ins for a percentage of winnings — usually look for more tournament players because MTT player pools are generally considered to be softer by the industry.

When you start out in tournaments you should try with the lower variance route and go for as many cashes as you can instead of going for the first prizes.

The difference in play there is that you’re willing to make higher risk decisions to increase your stack size if you aim for the title even when you’re not in the money yet, while the other strategy prioritises conserving the chips, folding a lot more often, trying to make into a payout position.

The latter will result in more cashes, however, it usually means getting to the final stages of a tournament with a smaller stack thus with a smaller likeliness of taking down the first prize. On the other hand, more agro players finish ITM less often, but when they do make it into the money, they do it with more chips and take the top positions more frequently.

But how often can you expect to cash in tournaments anyhow? Is it half of the time? Is it 40%? Maybe around 25%?

Let’s take Chris Moorman for example. He has amassed over $15 million live tournament earnings, more than anyone.

The industry standard is that around 15% of the field gets a payout, so if it was a flip tournament with an equal chance of cashing for everyone you would expect to cash around 15% of the time – whatever percentage you cash over that is your edge.

The catch is that if you finish deep you can multiply your buy-in 10-fold or more, so all those busted tournaments are paid for with some extra profit on top. Minchasing usually means a little more than doubling your money.

But how should you actually play your cards in a tournament?

1) Break the tournament down into stages

Make your plays accordingly. Many players make the mistake of playing the same way, as though they were in a cash game, even though numerous important factors are in play that should alter your game significantly. These are such things as increasing blind levels, how far you are from the money, and what are the stack sizes at the tables.

At the very beginning of the tournaments the stacks are the deepest because of the initial blind levels. In cash games you learnt that you can take more creative lines when you are deeper stacked, however, in tournaments that is not just quite right.

First off, when the blinds are small and there are no antes – as many events have a pre-ante stage – there’s less money to steal in the pot for you, so increased pre-flop aggression is not as profitable.

Also, because people are deeper they tend to fold less compared to the later stages when they’re barely holding on to their tournament life.

If you develop a tight image early on, you can exploit that on later phases when your opponents are likely to fold more frequently to begin with.

Another reason why you don’t have to start off your tourney aggressively is because a large stack early on is worth less than an amassed large stack later. This is the ICM effect – the Independent Chip Model calculates the actual currency value of your stack based on the payout structure and likeliness of you finishing in certain positions (based on stack sizes).

The typical tourney pro tends to start off slower – for practical reasons, too, as they tend to play the most tables at the beginning and then keep busting out of some of them – then heighten aggression in the middle stages, once again tighten up near the bubble.

The reason for this is that one of the most significant jump in ICM value the chips have is between finishing in the money and finishing empty handed.

You can also exploit that tendency in other players on the bubble and push them around – but be careful, as we mentioned earlier, that is a high variance strategy for more experienced players. If you want to increase the number of your cashes, avoid that play.

Once you’re in the money, pay attention to the payout jumps – you can also expect a lot of players to loosen up at that point.

By “heighten aggression” we mean increasing your bet/raise frequencies. However, your bluffs should stay proportionate to your value bets in order to remain hard to exploit – don’t just start raising any two cards hoping your opponents will fold.

Also, please note that what we discussed above only describes how one factor, the tournament stage effects one play – many others need to be taking into consideration. You may have to shove almost any two cards on the bubble if you’re really short – one factor can overwrite another in tournament strategy.

That brings us to our next topic…

This is where another term, the “M-ratio” (or simply M) should be introduced. It gives you how many rounds you could survive in an MTT if you didn’t play any hands. So basically your stack divided by the sum of the antes and the blinds.

There can come a time when your stack is so short far away from the money that the ICM value of your stack is virtually 0 – in that case you need to call or shove all-in any two cards since you can only gain ICM worth and not lose any. Dan Harrington calls it the “dead zone”, when your M<1.

The zone above that is also unique to tournament strategy: this is the so-called “red zone” (1<M<6). Your only reasonable decision at that point is either to go all-in or fold. This is unique to tournaments because in a cash game you would simply reload.

If you have PokerTracker it has a built-in ICM push-or-fold quiz. You get to decide whether to go all-in or fold in tournament situations. It is very useful since there are hands when you have to shove far wider than your intuitions would suggest.

That is because you have quite a lot of fold equity and picking up the unopened pot pre-flop adds an extra M – which is significant to your tiny stack, thus making the shove beneficial for you.

However, you need to call an all-in with a lot stronger range than what you shove all-in with because when you call, you have no fold equity.

Stack sizes also help you predict what kind of play your opponents can make – if you see someone with hardly any chips you know you can expect them to shove wide. But that’s not the only reason you should pay attention how much the others have left in front of them – if someone busts you gain ICM value as you get closer to the money.

This is why you should always keep track of stack sizes, even for players at the other tables. If there are a bunch of shortstacks between you and the ITM positions, it would be a giant mistake to get into a big pot with a big stack – just lay low and wait till the tiny stacks bust out.

You can earn money by folding a lot that way.

A HUD, or heads-up display, shows you the players’ most important stats under their screen name.

Side note: we’ve reviewed a range of the best poker HUDs for varying play styles.

This is a great tool to categorize your opponents (the classic LAG-TAG distinction), find leaks in their game and identify the weaker players.

One of the easiest ways to stay alive longer in a tourney is to find passive players who don’t defend their blinds often enough and steal from them – with HUD statistics you can spot them easily.

It also helps you keep yourself in check – if you got little too active, you will see your VPIP being dangerously high, and you can correct for that in the upcoming hands.

As a rule of thumb, keep your VPIP under 30% when playing tourneys. You should keep an eye on your own leaks as well, not just your opponents’.

Hopefully, if you are someone relatively new to the online tournaments you found some useful information in here that can improve your game. One term that keeps coming up over and over again is the acronym ICM – it stands for Independent Chip Model.

Keep that in mind and avoid unnecessarily risky situations. Go for pot control. Only raise for value with the very top of your range. Bluff less often.

This is especially true if your main goal is to increase your number of cashes, rather than winning titles.

Your tournament life is of the utmost importance even if it means missing out a few bigger pots.