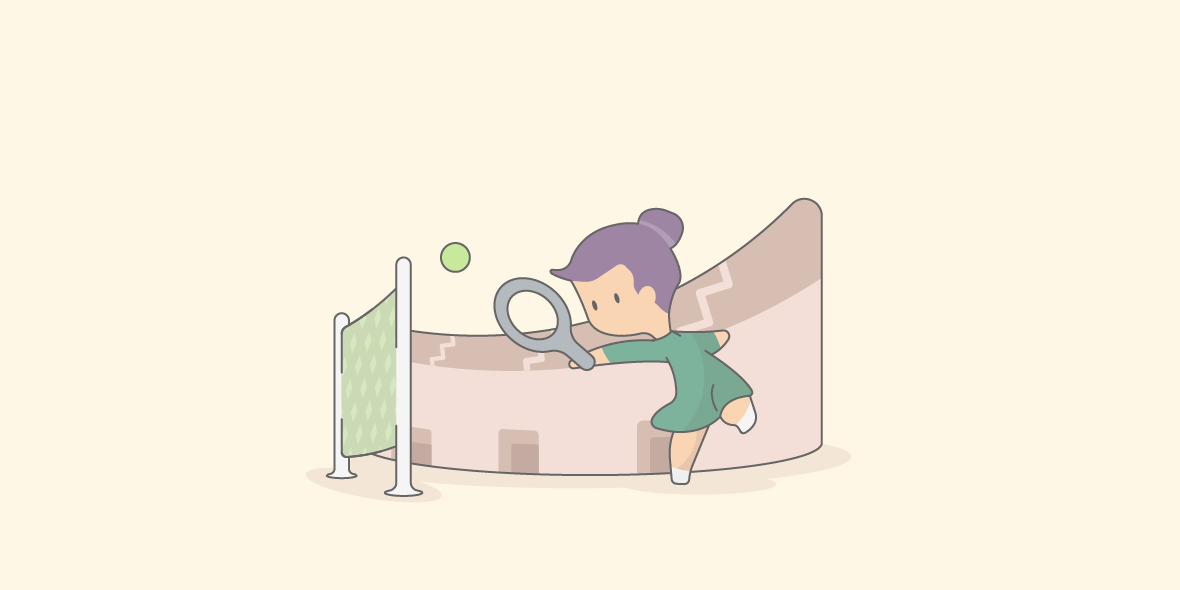 Here we are looking at the bigger picture and providing some tips on overall tennis betting strategies.

When betting on tennis, it is crucial to have a combined understanding of the variety of betting markets and the strengths, weaknesses and nuances of players.

Equally important is appreciating the particularities of each tournament on the men’s and women’s tours, including the varying surfaces and quality of fields.

And as always, a sound grasp of head-to-head players records, which can be garnered from a wide range of online resources, is key.

There are a plethora of tennis betting markets to choose from.

Head-to-head bets, set and match handicaps, number of sets, correct set score, amount of aces or outright tournament winner are the most frequented.

There are also loads of short prices around, particularly in light of the dominance of some of the world’s best male and female tennis players.

Backing a huge favourite in the early rounds of a tournament does not make much sense given you are likely get a miserly 1.01 odds or similar. At 1.01 odds, you’d need the player to win the match over 99% of the time and that’s rare to be the case in a major tournament.

It’s always about finding the right bet at the right price.

The ATP and WTA websites are stacked with valuable data that can be consulted before betting on any tennis match.

From head-to-head records to the recent form of players, these sites are essential reading leading up to your tennis plays.

It is also important to research how players perform on certain surfaces. Many will breeze past opponents on grass and then look second-rate on clay, and vice-versa.

The ATP and WTA sites display a detailed breakdown of player performances on clay, hard court and grass, providing their overall record and winning percentage.

Researching past editions of the same tournament should also be part and parcel of your tennis betting strategy.

Some players sitting well at out of the top tier of the rankings have a knack of punching above their weight during particular events, performing well at a certain venue even when their preceding form and ranking suggests otherwise.

The tennis circuit is full of players of contrasting styles, abilities and on-court personalities.

It goes without saying (but we’ll say it anyway to stress the point) that knowing the strengths and weaknesses of players is central to tennis betting.

Some players match up well against certain opponents, even if they are ranked lower.

Others are simply unreliable to wager on because of their lack of mettle, despite possessing precocious talent.

Certain tour professionals have a tendency to perform well against or struggle against left-handed players.

All of these factors should be weighed up when contemplating a tennis wager.

The more results you scrutinise and analyse, the clearer the form lines – and betting opportunities – will appear.

Following tournaments closely throughout the season will also give you a good understanding of player schedules, which can often be hectic and take a huge physical toll.

If you spot a favourite who has travelled extensively and whose form seems to be waning, an upset could be just around the corner.

We mentioned there being an aces market to consider, and knowing the big servers well will help you capitalise on it.

Particularly in the men’s draw, there are an abundance of power hitters who like to keep the points short by not letting their opponent get a racquet to their serve.

This section of the ATP site will give you a break down of the biggest servers in the men’s game. See any patterns?

What you will also notice upon further research of serving statistics, is that many big servers have a hard time breaking their opponents.

These are generally tall players who, while dominant on serve, struggle to make inroads when the tables are turned on account of being slower and less capable with their ground strokes.

When two big servers are involved matches tend to last longer, which paves the way for a wager on the total amount of games in the match if the price offers value.

Something to consider in the tournaments that involve the world’s best players is how good they are at preserving their energy early in the event.

Top-ranked stars have a tendency to breeze by early-round opponents, which is no doubt related to the larger ranking divide, but equally so by their motivation to stay fresh ahead of the crunch stages.

Handicap betting is always worth considering in matches of such sort.

A comprehensive study will help you identify when a whitewash is likely and when the underdog stands a real chance.

As in golf, the outright winner market in tennis is full of long-odd shots that could be worth considering.

Given the grapple hold the likes of Novak Djokovic and Serena Williams have had on the Grand Slams, considering lesser known tournaments for outright betting can represent value.

Ranking will often determine who assumes favouritism for events, but that should not always be taken at face value.

Considering things like recent form, schedules, injuries, tournament schedule, potential opponents and the progress of the underdogs should all shape your tournament winner picks.

And as already highlighted, some players have a tendency to perform well in certain corners of the globe, not to mention on certain surfaces.

As ever, knowing the players will help with picking the right results – as long as you can get big enough odds to provide value.

Next: Read about tennis trading strategies.