How Long Will Matched Betting Last? 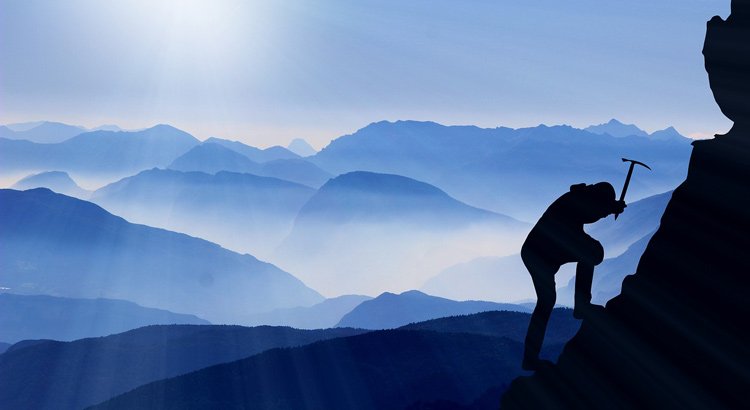 A question that many people (particularly newbies) ask me is how long will all of this last?

After all, with the strategy being so easy to learn and with so many people starting to do it every single day, surely the bookmakers are going to put a stop to it at some point, right?

I figured it was time that I finally put my thoughts about this on the record.

This isn’t an educational guide like my usual content, but you still might learn a thing or two from it. Overall though, the things you will read in this post are just my late-night ramblings. Don’t take them too seriously.

If you’d like to see these thoughts in video format, scroll to the end.

First, a bit of background

I’ve been in this industry for many years now.

I was betting myself for a loooong time before this.

When I first discovered the whole ‘backing and laying’ thing, most people within communities were saying the same thing:

“Sure, the profits are good, but they’re not what they used to be…”

Most people were fairly negative towards the long-term future of the strategy because earnings, on average, weren’t as high as they once were.

Fast forward to today…things aren’t too different in terms of what people in the space are saying.

Yes, the profits are good, and yes, they’re also not what they used to be.

They aren’t as high as when I first joined the space. Quite a way below, in fact.

…But it is still possible to make a fairly decent side income (or even primary income) from the strategy.

However, when I first started, people reminisced about £3,000+ months being a regular occurrence.

These days, I guess the number is more like £800, or £1,200 maybe, for your average newcomer that can commit a few hours of time each week.

A number of people with a really limited amount of time will probably be looking at £300-£500 profit as a monthly target.

So to be clear on the background:

Average monthly profits are dropping. They have been dropping for a long time. But they are still at a good level in my humble opinion.

…But how long will these profits last?

How long will matched bettors be able to make a ‘good level’ of income via the bookies?

From here on in, I’m going to be giving you my opinions of things I see playing out in the space.

I’ve said it many times before but I will repeat it here for those that haven’t heard me say it:

The only way that matched betting could die entirely is; if free bets and other promotions were made illegal; or if all bookmakers agreed unanimously to stop offering them.

It seems illogical to think that all bookmakers would work together to ‘self-ban’ free bets because the whole reason they use them is to fight each other for new business. It would be like 5 big supermarkets all agreeing they were satisfied with their own profits, and they’d no longer try to increase them by competing with each other.

That leaves us with the legal situation.

I believe that the law is likely to be on our side.

We’ve seen a number of bookmakers choosing to offer a ‘Minimum Bet Guarantee’ so that all customers, regardless of if they’ve previously been entirely stake restricted, can place bets.

This follows the lead of certain states in Australia where it is a legal requirement of bookmakers that all bettors are able to get bets on of certain stakes/with certain win limits. You can’t be stake restricted to £5 bets, or have your account shut down for being a winner, or anything crap like that.

This article in The Times (paywalled) suggests that certain people in the government are pushing bookmakers for something that would benefit all of us very greatly.

A quote from that article says the government are fighting for:

“No penalising of successful gamblers by refusing bets or limiting stakes or winnings on subsequent bets either in store or online.”

Now, bookmakers are set to contest this…but it’s a positive sign that suggests that, at a very minimum, the government are likely to favour the customers (that’s us!) over the bookies in the medium-to-long-term.

This has been the main thing that has reduced the earnings of matched bettors over time.

Not only are they lower in value, but they’re lower in quantity, too. Companies are less willing to dish free bets out as frequently as they used to.

I do think we’re reaching the point now where bookmakers can’t really go much lower in terms of what they’re offering.

They can’t offer £2 free bets to new customers because it just wouldn’t attract them away from wherever they’re currently betting, or into the site if they’re a new bettor.

Plenty of sites don’t offer any bonuses, and it’s no surprise to see that almost no-one uses them.

I really do believe that companies can’t cut back on the value of offers too much more.

However, they can work on what we’ll look at next…

This is one thing that I think is most likely — unless we see something happen in our favour legally, as discussed earlier.

Bookmakers are getting better at identifying the people that are exploiting them, including in some ways that I question the legality of…but that’s one for another day.

More and more people are going to find themselves gubbed or stake restricted after just a few bets on their accounts, especially if they aren’t sensible in their approach to beating their algorithms. The vast majority of account restrictions do not happen by a ‘trader’ as their emails say, but by simple algorithms that look your account up and see that you’ve placed 3 bets, all on promotions, and you withdrew every time afterwards.

I do think that bookmakers are going to become stricter on restrictions.

If they do that, the size of the free bets and bonuses may even increase in the future, because they’ll be more confident of identifying the people profiting from them. A lot of people disagree with mug betting, but I know for a fact that it helps with algorithm detection at the very least, if not more.

So…how long will it last?

Based on everything we’ve spoken about throughout this post, I think that — in theory — this should last forever.

I don’t see it being made illegal, I don’t see bookies choosing to ban free bets or anything like that — where there are promotions, there is matched betting.

The bigger issue is how long will it last for you.

However, new bookmakers also pop up all the time, meaning there are new chances to make profit on a regular basis — even for people like me, whose name has been in the public domain for years as the guy teaching everyone how to do all of this.

I do think that throughout 2020, everyone will be able to make a great amount of income by doing this.

When it comes to 2021, assuming nothing has changed in the space, I see bookmakers being very good at spotting people doing the basics of backing, laying and profiting. I’m not sure that new or existing users will be able to make the significant amounts of profit that they have done so far and still do right now from a single set of accounts.

However, new methods for profit crop up all the time in the betting space.

Overall, I think all new starters will make a very comfortable income from matched betting for the foreseeable future, but the long-term (2+ years) is probably bleak.

Best Bank Account For Matched Betting 2021 Guide
The Best Matched Betting Sites 2021 – Our Top Picks Reviewed
The Top Matched Betting Mistakes & How To Avoid Them
What Is Matched Betting & How Do You Do It? [2021 Guide]
Best Sports Blogs: The Best Sport Sites to Read In 2021
Will Blockchain Technology Revolutionise the Way You Bet?
How to Cash in More Poker Tournaments
Poker Hand Rankings – What Are The Best Poker Hands

2 thoughts on “How Long Will Matched Betting Last?”