IPL Betting Tips: How to Bet (Profitably!) on the IPL 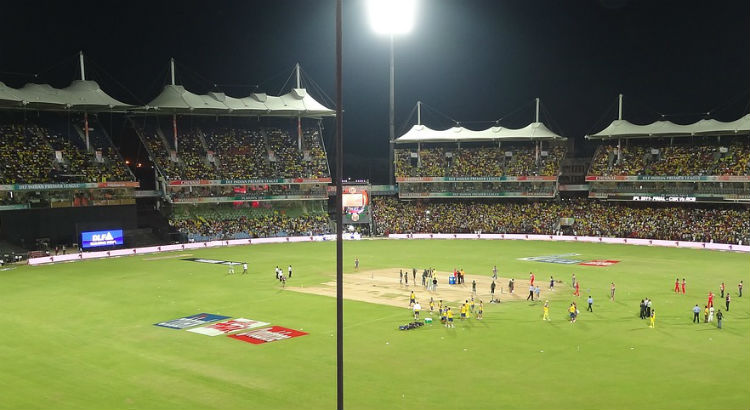 There is lots on the line and plenty of money at stake, for teams and bettors alike.

In this guide, we’ll look at how knowledge of the various quirks of the IPL can be used to create a strong betting strategy.

The first thing that is essential when betting on the IPL is being familiar with the auction of players each season, where huge changes to the rosters occur annually.

A maximum of four non-Indian players are allowed to be in the playing 11 on any day, while there can be 10 on the roster.

A great starting point when deciding which teams appear the strongest on paper is by reviewing each player’s T20 statistics via Cricinfo, which provides thorough data on bowling and batting averages and breaks them down according to each format of the sport.

You’ll quickly find that some of the players who have been auctioned at ridiculous prices actually don’t justify that price tag through their T20 statistics.

In turn, you’ll spot value in the overall winner and head-to-head markets by noting that some teams’ short odds are based on player price tags, rather than statistics.

T-20 cricket has rapidly become a specialist form of the sport, with huge hitting, strong fielding and smart bowling the focus for scouts.

Some genuine superstars in the Test arena – former Australian captain Michael Clarke being one of them – have been unable to transfer their success to the shortest form of the sport.

In order to wager accordingly on things like leading run scorer and top wicket taker markets, be it for a particular match or the IPL tournament as a whole, it’s vital to analyse which players are proven in the format.

There are a host of other T20 competitions that you can reference to collect data about what players have done elsewhere.

The Big Bash League and the Caribbean Premier League are examples, both of which need to be consulted to see how certain players have performed against the best T20 rivals in the world.

If they haven’t done well elsewhere, they are unlikely to do so in India.

The fields in the IPL are also often very small and thus batsmen are able to dominate bowlers more than they can in other formats and venues.

Keep this in mind when considering a bet on things like total runs scored, generally expressed as over or under a number determined by the bookmaker.

You can also collate historical scoring data at certain venues, with Cricinfo again your best source for this. If you spot that a particular venue has a tendency to produce high-scoring encounters, wager accordingly.

Conversely, if scores have been historically low at particular grounds, you know that the wickets are likely to tumble.

Furthermore, batsmen who are big hitters will generally clear the ropes for six runs in easier fashion than elsewhere, so a wager on most sixes in an innings for a powerful batter with proven T20 credentials could be a smart play.

As for the bowlers, spin is king in India on account of pitch conditions and the slower bowlers generally post the stronger statistics.

Keep that in mind if contemplating a bet on most wickets in a match or the tournament as a whole.

Local knowledge is also vital. Do your research on where the Indian players have performed best, while also considering the international stars that have the most IPL experience.

If looking at longer-term markets, a punter ought to consider how much of the tournament each side has their key players available for, as international scheduling can affect many IPL teams.

For instance, an international tour that begins in mid-June can allow a player to participate in the opening few weeks of the IPL, before heading off to represent their nation.

If you are betting on a team based on the thinking that a certain team has a bunch of great imports, be very careful to make sure they are there for the money end of the tournament, and the finals.

It’s essential to ensure you know which 11 will be playing before making any decisions when betting on cricket.

Ensuring you know all the storylines that affect player availability before the tournament and indeed before each match is crucial.

Also consider the fact that while teams are given home grounds, many of the international signings have not played much cricket at the venues.

It may be wise to wait and see some good results from a certain player before backing them, or their team, to perform well at home.

These points should add further hesitation to basing your bets on the theory that teams with an extensive list of international players and marquees will succeed.

All-rounders are often the biggest commodity in T20 cricket, as big hitters who can also bowl can play two important roles to the fullest in this format.

In batting terms, these players are often used in pinch-hitting roles by being elevated up the order to come in and attempt to score as many runs as quickly as possible.

Given the aforementioned small fields this method can be particularly useful in the IPL, allowing savvy punters to take advantage when they notice a pinch hitter has been installed.

This paves the way for in-play bets, as the injection of a power hitter can turn a game on its head in the space of a few deliveries.

Also, unlike Test cricket where a team can be dominant for several consecutive matches and produce lopsided encounters, the results are less predictable in this format.

Any given team can make an opponent look ordinary one day, with the reverse proving the case in their next meeting.

That means there is plenty of value to be had in the head-to-head winner market; it’s just a matter of timing your bet right.

The fact that there hasn’t been an obvious powerhouse in the IPL since the competition was formed in 2008 suggests you should be cautious of betting on the favourites.

It’s crucial for bettors to read the circumstances correctly.

Those that can develop a strong knowledge of things like venue statistics and player availability can find an edge.

Knowing player strengths and weaknesses, and applying them to the unique challenges of playing at different Indian venues is also crucial.

Appreciating the idiosyncrasies of the IPL and T20 cricket in general will help you spot value when it is being offered by the bookmaker.