Cricket Betting Tips: How to Bet Profitably on Cricket 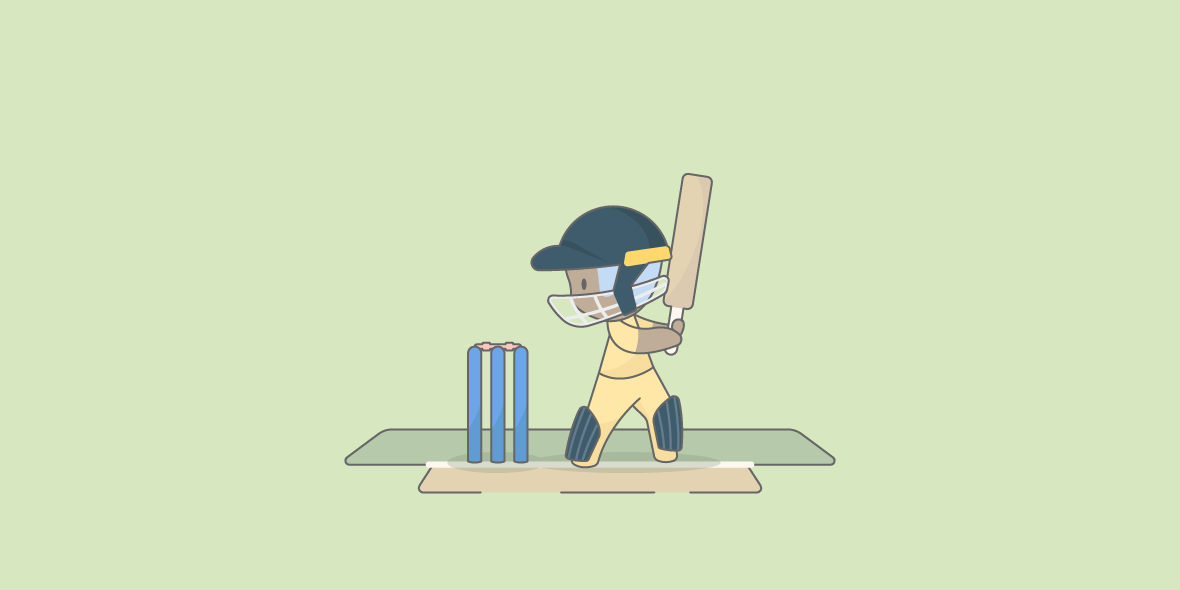 Cricket is a game of three different variants, all of which evolved from the traditional form – Test Cricket, a five day game contested around the world at an elite level containing just 10 teams.

The second version is a match contested over one day, with a 50-over (300 balls bowled) limit, which includes various restrictions are imposed to make it more entertaining for viewers and spectators alike.

Finally, there is T20 cricket, which has exploded in recent years thanks in part to the huge Indian Premier League, more commonly known as IPL.

As with every sport in the globalised society of today, there are endless markets in a match of cricket for a punter to profit from, should he have the winners’ luck.

There are huge variables in cricket matches which are extrapolated by the length of the game, meaning these variables can set apart the contestants even more when the game is not shortened.

The following is a guide specifically written to help the reader to understand the concepts of cricket betting markets, more specifically in the test match and one day formats.

More than any other sport, cricket is a game where a team who looks unbeatable at their home venues, can be made to look awfully poor in foreign conditions.

Particularly, this is true when sub-continental teams travel to nations where pitches are prepared more scientifically such as Oceania and the United Kingdom.

Thus for punters, the first question to ask is: will the pitch and conditions affect the teams contesting the match-up?  This is often a question that defines results of a series.

The ball behaves differently on pitches prepared in scientifically controlled conditions than it does on pitches that are prepared the traditional way and are not ‘dropped in‘ a mere matter of days before the contest is set to begin.

Also, bodies take time to adjust to different climates, thus if a team has just finished a series in New Zealand in March and then heads to India, although match-fitness may be high, it can be assumed that some or even all players will need time to adjust.

How does this affect the betting market?

More often than not, if a player is uncomfortable or not acclimatised to the conditions, he is not always going to perform to the best of his abilities in foreign surroundings.

Thus, when a bookie offers odds on such categories as highest runs-scorer, or highest wicket-taker it is important to consider if the player you are considering betting on is familiar with these conditions and perhaps even has a track record in this region.

Moreover, a team’s successes can totally hinge on how well their batting unit or bowling attack adjusts to the conditions they are confronted with in any location.

If the ball is swinging or reverse-swinging you will need to ask yourself: ‘is this team capable of taking advantage of these conditions as well as their opponents?’

The same is true when the conditions are suitable for spin bowling, as even the best batsman can struggle mightily against a spinning ball.

Cricket matches can be won and lost at the coin toss on the first morning, with the victor of that deciding whether it would be beneficial for them to bat first or second depending on the conditions.

There is around a 3.6% difference between teams that win the toss and win a test match and those that lose the toss but win the test match (source).

This is particularly the case when the team is inexperienced in one form or another, whether it is so that they have little experience at the elite level, or perhaps the conditions in which they face.

A vital market to always consider when the pitch is deemed flat or lifeless in pre-match hype is the draw, when no result occurs due to either teams inability to take 20 wickets from the other.

This is only the case in test cricket, as in limited overs cricket there is rarely ever a draw, but in test cricket when the time elapses and all innings are not completed, it’s a draw – regardless of runs on the board.

Inexperience in the conditions faced by a team, even on batting-friendly pitches is not unheard of, when teams are going through a rebuilding phase or a contentious issue off the field, be it political or otherwise.

Also, inexperience can apply to a batsman who although he may be successful in a short-form of the game is yet to blossom into a seasoned test batsman, and may therefore have difficulty applying himself in the longer form of the game.

Even if a player has had a splendid record in the white-ball (limited overs) formats of the game, consider his red-ball (test) form when betting on the individual in these types of betting markets.

A devastating spell of bowling or scathing attack of a key bowler can shape not just the session or the game, but an entire series, particularly in Test Cricket where bowlers’ overs are unlimited.

Thus if a bowler intimidates a batsman or gets in his head with good bowling – which often occurs – this can really be useful information when betting on in-play markets. And as a follow on, the larger scale markets, such as series score, margins and obviously the win-draw-win markets are all also affected.

Confidence as in most professions is key for cricketers to succeed, and it can ebb and flow in the blink of an eye, for instance a blinding catch or a misfield can shatter or make an individual’s performance.

Statistics and ranking charts are a vital tool for successful betters to utilise when making their decisions on any markets, in all forms of cricket.

However, it is important to put the data into perspective; there is a gulf between the best cricket teams in the world and the second tier teams. All types of cricket players can enhance their statistics when they come up against lesser teams, particularly if off-field issues are restricting selections, which occurs periodically throughout all forms of cricket.

Furthermore, cricket teams average a span of 3-to-4 years before they meet each of the teams in a home and away series. Obviously, there are some players that are going to be genuine stars, however it is important to gauge your judgements over a full cycle of cricket.

When a team is struggling against certain conditions, for example reverse-swinging balls or a pitch that is turning/spinning, time and time again statistics can become skewed.

In simple terms, just because a batsman or a bowler has an elite type average, if his team is struggling it is no guarantee that the individual is going to perform any better than his teammates, given the circumstances.

However, for a punter that does not know a lot about a certain team involved in a series, betting on the home batsman with the highest average, in the highest runs-scorer market given that he has significant experience, is always going to be respectable, although there may be little-to-no edge in this market.

Typically, a batsman or bowler who has fond memories or successes at a certain venue is also, well worth considering in the individual’s markets.

Examples of this are abundant, as various pitches around the cricketing world have traits that suit certain types of players, such as Adelaide being a good batting pitch and Perth a good pitch for bounce, hence fast bowlers enjoying it there.

Meanwhile, team rankings too can be deceptive -as we have discussed previously in this post – due to the vast variety of conditions faced by touring teams.

Typically, sub-continental teams struggle to adjust to the bounce of Australian and South African pitches.

Selections have a real impact on matches also, particularly when scheduling is busy, and stars are rested, as teams although ranked highly, need to rest their best bowlers typically, particularly when back-to-back Test Matches are slated.

Particularly in white-ball cricket, catching and fielding is vital, and teams that are not at a high level are often inferior to their opposition, regardless of their bowling or batting efforts.

Thus, it is well worth considering the individuals selected fielding abilities, before putting them at the top of your betting market priorities. An old cliché in cricket is ‘catches win matches’ and it is certainly true along with the reverse of this; dropped catches cost wins.

Furthermore, an elite fielding unit can save dozens of runs, with clean stops and strong arms, and can easily prove the difference between two strong batting/bowling outfits.

Backing the Draw in Poor Weather

In test matches a unique Betfair trading opportunity comes about; if it starts to rain, back the draw.

You need to be quick to pounce on the opportunity, and you also need to be confident that it will rain for a reasonable amount of time.

The longer it rains, the more the odds will drop on the draw.

The more the odds drop after you’ve backed, the more profit you can trade out for.

Cricket is a sport where just when you think you know what is going to happen, something totally different often does.

This is why having an overall perspective on the series you are betting on is vital.

A batsman can score hundreds of runs at home where he is surrounded by familiarities of life, and then head across the globe and look like a novice. Meanwhile, a bowler can enjoy superb results on nice bouncy pitches and then head to the sub-continent and see the ball never bounce above the batsman’s knees – with his form suffering as a result.

This is what encapsulates cricket as a unpredictable sport, loved across a wide variety of societies.

Deciphering the circumstances faced by cricketers, and their ability to thrive in the variety of situations they periodically find themselves in is the method in which punters will enjoy their best results in cricket markets.

Ultimately, our number one piece of cricket betting advice – and the same applies for all sports – would be to never place a bet that you didn’t know was a great price.

If you’re not getting a good value price then it’s not going to be a profitable bet long-term.