How to Bet on Tennis Grand Slams for Profit 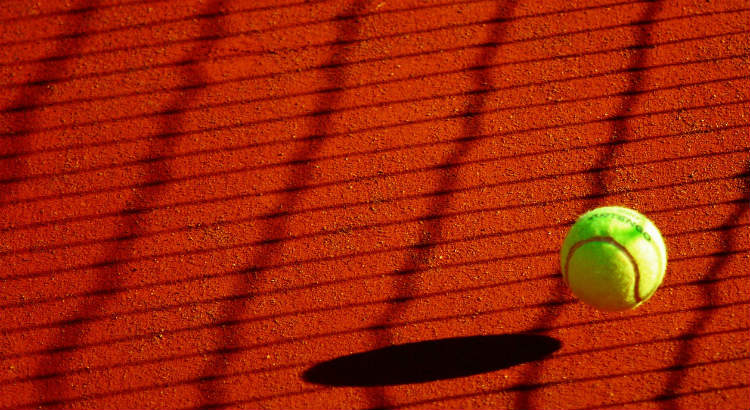 Tennis has always been a popular sport for fans and recreational players, but its reach has expanded in recent years to also capture the attention of bettors.

As with the golfing calendar, there are four tennis majors each season – the Australian Open, the French Open, Wimbledon and the US Open – which are known as grand slams, and are followed closely by fans and bettors alike.

Despite there often being heavily preferred favourites in the men’s and women’s games, there are still plenty of opportunities for you to make smart plays and profits.

This tennis grand slam betting guide will look at each of the major tournaments and highlight the distinct aspects of each tournament and the different betting plays you can make to net your next winner.

But let’s start with an outline of the unique characteristics of betting on tennis grand slam events.

The most notable difference in grand slam betting comes in the men’s tournament, whereby a best-of-five format is used to decide matches as opposed to the standard best-of-three format used outside of the majors.

This makes betting on the men in grand slams a completely different proposition to bettors who gamble on the sport year-round.

As an example, a best-of-five format gives favourites a higher chance of winning a match on account of giving them more time to recover in case they have made a poor start.

An underdog who claims the opening set in a regular-season match is half-way to winning the match.

In grand slams, he has only a third of the job done.

Thus, in-play betting options are filled with value when backing the men in majors, particularly when a favourite has gotten off to a poor start by either losing their serve early or dropping the opening set.

Keep your finger on the pulse of each match, and see if you can spot some value by backing a favourite whose odds may have jumped high enough (but only if they’re high enough) on account of a slow start.

As will be highlighted throughout this post, each grand slam is played on a different surface, which often plays a pivotal role in determining odds and deciding matches.

Particularly in the early rounds of grand slams, tennis odds are heavily skewed in favour of higher-ranked players.

But that doesn’t always tell the full story…

The ATP Tour and WTA Tour websites provide a detailed list of stats related to a player’s performance on a particular surface, as well as their head-to-head performance against other competitors.

Furthermore, you can consult these tools to determine a player’s overall record at a given grand slam.

This is essential reading during the course of your research leading into the grand slams.

In understanding player preferences for particular surfaces and events, as well as their records against certain rivals, you’ll be equipped with the knowledge to spot favourable odds.

The opening grand slam is played under the scorching Melbourne sun over the last fortnight of January each year.

Because the Australian Open takes place so early in the year, it is crucial to analyse a player’s finish to the previous season to gauge form lines.

Those who finished the previous campaign in good form could be primed for a strong run at the year’s opening grand slam.

If they aren’t necessarily top-ranked players, there could be some value in tipping the underdogs to cause an upset during the early rounds.

Fitness is also a factor, particularly due to the often oppressive heat that players encounter at Melbourne Park.

While many players are inevitably fresher at the start of the year, it might take them a while to warm up to their peak fitness and best form.

You can pick up clues as to how a player is faring early on in their season by following their performances in the build-up tournaments to the Australian Open, which are played from the start of January.

Note the players who look primed for a good start to the year as well as those who look short of their best form and fitness.

You’ll then be able to spot some opportunities when the draw – and market – for the Australian Open are revealed.

It’s no surprise that a Spaniard, Rafael Nadal, earned the title ‘the king of clay’ at the year’s second grand slam, the French Open.

Played between late May and early June on a clay surface that causes many players hassle, the French Open has been known to suit Spanish and South American players, who are generally taught the sport on the surface.

If you look at the players that go deep in the tournament on a regular basis, both in the men’s and women’s draw, you’ll spot plenty of South American and Spanish players, so that should help with potentially finding value in the earlier rounds.

When consulting the aforementioned surface stats, notice how many top-ranked players have, by their standards, poor records at the French Open.

An example is Andy Murray, who in recent years may have acclimatised to the surface and improved his performances on it, but had his struggles on it earlier in his career. He’s only made the final once at the French Open, which he lost, compared to either making multiple other grand slam finals or winning them.

There are plenty of others, so do your homework, as the favourites will often start at unwarranted short odds in the early rounds.

Clay is also the slowest of the surfaces, leading to longer rallies and less clean winners.

The advantage lies with players who can put spin on the ball and commit less unforced errors, as opposed to the power hitters.

It’s thus important to understand the style of player you are thinking of backing and whether their game matches up to the demands at hand.

Naturally, the leading players often find a way to overcome the obstacles this surface presents, but delve deeper and you will find mismatches that perhaps aren’t appropriately reflected in the odds.

By the time Wimbledon rolls around in late June and early July each year, bettors have a good indication as to which players are having strong seasons and are primed to perform at the year’s third grand slam.

As always, surface plays its part with this grand slam the only one that is played on grass.

Whereas the Spaniards and South Americans hold on an edge on clay, they are notorious strugglers in London.

While it’s a short turnaround from the French Open, there are still warm-up events played on grass across Europe to take note of.

Grass, often cut very short, is the fastest surface and advantage is restored to the power hitters and big servers.

Statistically, players hit more aces and less unforced errors at Wimbledon, due to the speed of the surface and the tendency for points to be kept short.

Don’t forget that tennis betting isn’t always about choosing the right winner or the correct set score; many bookmakers offer a wider range bets during the grand slams, including, for example, the amount of aces that will be served in a given match.

So with a sound knowledge of the type of match you will witness based on the surface it’s played on, there are some opportunities to make money with these bets if you spot something the bookmaker hasn’t.

A return to the hardcourts rounds out the grand slam calendar with the US Open, which starts on the last Monday in August and runs into September.

Uniquely, the New York-based tournament is the only grand slam that uses tie-breakers in every set of the match, as opposed to the other grand slams which require a player to win the final set by two games even after there is a 6-6 tie.

From a betting point of view, it might be worth doing your research on players who perform well in tie-breakers, given the increased number that inevitably occur during this event.

Again, the players who respond well to hard and fast surfaces are likely to perform well here.

But don’t forget about fatigue. The US Open leads into the tail end of the season, and has been know to cause an upset in the outright winner’s market.

Take Marin Cilic’s stunning performance in 2014 when he went all the way to claim the title. The Croat backed it up with a strong run to the semi-finals a year later.

In the women’s draw, two unheralded Italians took part in the 2015 final, Roberta Vinci and Flavia Pennetta, with the latter saluting.

With a hefty schedule taking its toll come September, it’s no surprise that the US Open has been know to throw up a surprise or two in recent years, both in the early and later rounds.

Take advantage of this.

Research form trends to highlight players who may be waning and underdogs that are on a rise.

Combine that with, as always, your research into player performances on the surface and the event, and you’ll be on to a winner if you can find the right player at the right price.