Rugby Betting Tips 2022: How to Bet Profitably on Rugby 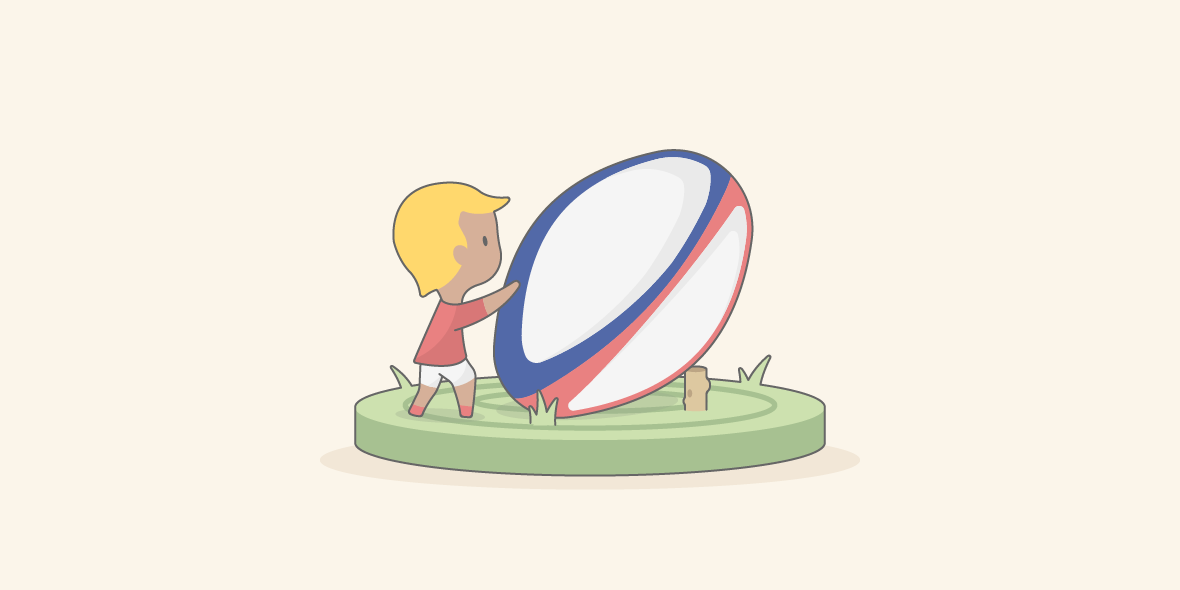 It might seem like a tricky sport to follow and understand to the outsider, but rugby is not as complicated as it can look on the surface.

It is also a great sport in which a simple, well-researched betting strategy can work.

With straight head-to-head bets, handicap picks, first try scorer and winning margin options, rugby offers the bettor a wide range of markets in which smart plays can be made.

We’ll look at some general betting tips to be aware of when considering a punt on the sport they, supposedly, play in heaven.

From its four-yearly World Cup to a host of intercontinental competitions across the southern and northern hemispheres, rugby has a broad reach that extends to almost every corner of the globe.

The European Rugby Champions Cup – formerly known as the Heineken Cup – is the rugby equivalent to the UEFA Champions League, incorporating the premier English, Irish, Welsh, Scottish, French and Italian clubs, who compete in groups before advancing to a knockout stage.

These sides compete across four conferences, before eight of the best progress to the quarter-finals.

There are also strong domestic competitions in France (Top 14) and England (Aviva Premiership) that boast some of the world’s best rugby talent in their ranks.

At an international level, the Rugby World Cup is the sport’s showpiece event.

Contested every four years, it incorporates the best 20 international teams in the world, with New Zealand the team everyone is out to beat.

The northern and southern hemisphere nations also compete in their respective international tournaments on an annual basis.

The Rugby Championship is the southern hemisphere equivalent, with New Zealand, Australia, South Africa and Argentina playing each other twice each – home and away – before the team at the top of the standings is deemed the winner.

As this lengthy compile of local and international rugby competitions highlights, there is no shortage of offerings when it comes to picking rugby matches to bet on.

With a wide array of competitions and formats comes various playing styles and, often, a big difference in the abilities and approaches of different sides.

Some competitions, such as Super Rugby, lend to a very aggressive style play, particularly from the New Zealand sides where matches in which both sides exceed 30 points each are common.

Match point totals are good plays to make when you have established the key characteristics of certain sides and competitions.

As always, it is important to do your homework on the offensive and defensive capabilities of each side to establish this, which will also open the door for handicap betting options.

Spot the Weaker Sides, and Value

Something more common in the southern hemisphere is a wider discrepancy between the top and bottom sides, which can often lead to huge margins.

Super Rugby recently expanded to an 18-team format, including a team each from Japan and Argentina. Yet, these teams have endured a baptism of fire and subsequent whitewashes, particularly against more established sides from New Zealand, Australia and South Africa.

Margin and handicap betting markets should be closely considered when a lopsided contest is likely to unfold, particularly earlier in the season when the bookmakers have not quite adjusted to the severity of the gulf in class.

The same applies to the World Cup, where there is a notable imbalance in terms of the overall quality of the sides competing.

There may be 20 team participating, but realistically only 4-5 teams are genuine contenders, with New Zealand at the helm after dominating the international stage in recent years.

Particularly early in the group stages, bettors should be alert to the possibilities of blowouts when, say, a New Zealand or Australia faces the likes of Georgia, USA or Uruguay – less established rugby nations who are still finding their feet in the international arena.

The most important factor isn’t just picking which team will win or which team will score a load of points; it’s about finding the right bet at the right price. If you don’t have the right odds then any bet will not be profitable long-term.

It goes without saying that comprehensive analysis of any rugby matchup is required, and there are a plethora of online tools that will lead you to the right wager.

The official websites for each competition give a good breakdown of key stats such as points scored / conceded and leading try scorers, as well as historical data for head-to-head matchups.

On the international stage, try Rugby Data for head-to-head details between all the rugby playing nations.

Knowledge of a wide spread of statistics and historical data will help you spot value in anything from the head-to-head to try-scoring markets.

Some players not only have a knack for scoring, they also find a way to post the first score on the board through a try.

These are the types of players that bettors need to identify and invest in via the first try scorer market.

Just like the first goal scorer option in football, this market can offer plenty of value to bettors given the need to select just one player in the match that will deliver the goods, especially when a promotion is also offered.

It is thus worth investing time into researching which players know how to find the try line first.

Use data that is out there to your advantage.

It is also worth noting what types of positions these players tend to score from. Given they finish of a large portion of attacking plays, wingers often cross the try line first, so you can make your plays accordingly.

On top of first try scorers, the anytime try scorer market is worth consulting, though it does come with shorter odds.

Particularly in lopsided matches, it is worth researching which players in traditionally non-try scoring positions know how to sniff out the odd five-pointer.

Big bulky forwards, for example, are not generally point scorers and will be at good odds to cross the try line. They may be more inclined to do so against weaker opposition.

Consult the official websites of the competitions and teams, and review the try-scoring data of each player.

Equipped with sound knowledge of players’ try scoring abilities, you will be able to spot some inflated prices in the anytime try scorer market.