How to Bet Profitably on Flat Horse Races 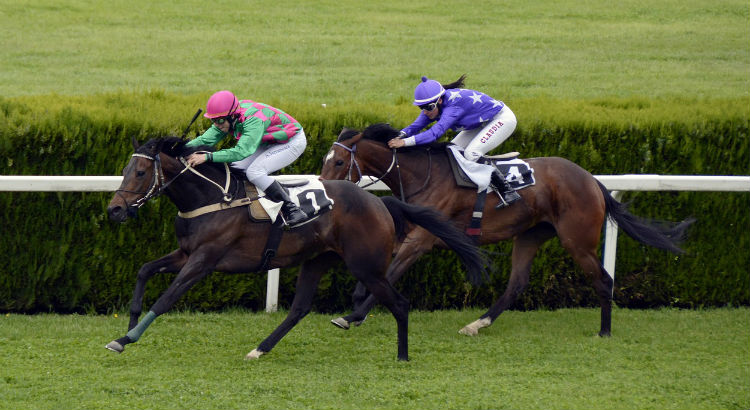 It has often been claimed that betting on horse racing is a mugs game, with the bookmakers usually the ultimate winner.

Even seasoned professional gamblers can find difficulty in generating a profit from their bets but with the advent of more readily available information on the internet, there’s many more outlets accessible for studying the form of horses.

The flat season runs from April through to November, and the name ‘flat’ means exactly what it suggests – there are no hurdles to jump over.

But what factors should be studied when assessing a horse for betting purposes?

We reveal all with our flat horse racing tips below.

For 2-year-old races, it is worth studying the breeding of a horse to assess its hopes of competing in the event.

Those races are usually staged over distances of 7 furlongs or less and it may be the case that its parents were late developers, and were more comfortable racing over a mile or further.

Similarly, the breeding will be an important factor in determining winning prospects, especially when a horse is being raced over a different distance than usual. It could also be the case with older horses preferring a certain time of the year to produce peak form, and it is worth bearing in mind those animals which have won on their seasonal debut in previous seasons.

Another consideration is the improving younger horse.

The term ‘ran green’ is applied to horses lacking race experience, but take note of those 2-year-olds which finished well but unplaced in their previous contest.

The Trainer & Their Aims

Some of the top trainers with wealthy owners usually compete at the more lucrative horse racing meetings, but there are other factors to consider when looking at the trainer.

A southern based trainer may send just the one horse for a flat race at a northern track and there could be several reasons for that decision:

1. The horse is owned by northern based resident(s)

2. There has been favourable treatment for the horse in a handicap

3. The trainer is running the horse just to lower its handicap weight

4. As is the case with 2-year-olds, once three races have been completed, the horse is eligible to run in Nurseries (2-year-old handicaps) and the third race may just be a training exercise for the horse.

It may also be worth noting the recent form of the trainer especially if they have saddled a few recent winners.

Some horses specialise on certain racecourses and hate other tracks.

It is worth noting a horse which can win consistently at Epsom (noted for its gradients) or Chester (for its near resemblance to a greyhound track) or Beverley (a very stiff uphill finish).

For instance, a horse which has won over six furlongs at a flat track such as Newbury may be capable of beating five furlong specialists at Beverley due to the demanding finish.

Always look at the type of course where a horse has done well, or poorly, in the past, and use the information to your advantage.

One of the more important aspects when considering the chances of a horse in a race is the ‘going’, or the underfoot conditions – in simple terms, how hard or soft the ground is.

This can be difficult issue when assessing the lack of form with 2-year-olds. Studying the past form of horses in different types of going is usually a reliable indicator but what about a younger horse with little form.

The breeding of a horse may help, but any public appearances should be studied with any available video on one of the horse racing internet sites likely to be revealing.

A horse with a high knee action is likely to be suited by softer conditions whereas the ‘daisy-cutter’ stride is more associated with horses preferring firmer ground.

Top jockeys frequently ride at the more prestigious race meetings and are often allowed a choice of mounts from the successful trainers.

However, it is worth noting when these top jockeys visit a smaller track, and identifying their reasons for doing so.

1. Are they just trying to accumulate winners in pursuit of the jockey championship?

2. Have they travelled via helicopter from an afternoon meeting just to ride one horse during the evening?

3. Does the jockey have a good winning ratio with the respective trainer at that meeting?

It is also worth considering the type of jockey engaged to ride a horse: has he ridden the horse to victory in a previous race, or has a good young apprentice been hired allowing the horse to shoulder up to seven pounds less than its allocated weight in a handicap?

Perhaps the most difficult races to assess are handicaps with 20+ runners, with several of those races staged at Royal Ascot.

Although most trainers are trying to win with their horses at the royal meeting, such races at smaller tracks are more likely to involve horses just running with the intention of acquiring a reduced rating.

In these cases, the trainer may be asking the horse to run over an inadequate distance or on a course where specific problems have been encountered in previous races. When searching for positive indicators, there are a few factors worth considering.

1. Assess whether the horse has won on a previous occasion with a similar rating to this race.

2. Has the horse produced a more encouraging display in its most recent appearance and so may be regaining form.

3. The trainer may have a useful winning percentage at that particular racecourse.

4. Handicaps are graded according to ratings and it may be that a horse is being aimed at a lower class race.

5. Does the horse race better in smaller fields or can it compete effectively with at least 20 other horses in the race.

6. Has the trainer entered two horses in the race, one of which is the top weight and thus allowing his other horse to compete favourably at the lower part of the handicap? Had he withdrawn the top-weighted horse, the handicap would have been adjusted accordingly.

7. Horses often incur a weight penalty for their next race when winning a handicap. Any horse which was unlucky in racing during their previous contest could be viewed as a winner without a penalty.

For the more progressive horses, group races are usually the aim with the more prestigious events classed as Group 1.

Further down the scale are Group 2, Group 3 and then Listed. When assessing any of these races, it is worth considering their previous level and whether they have won or competed in that group company or higher.

Some horses just cannot win that elusive Group 1 race which boosts their value at breeding, but they can be effective racing at Group 2 or 3 level.

A horse which has been entered for a Listed race after competing in Group 2 races is worth noting as that is a real step downwards in class, and the trainer may be attempting to give the animal a confidence booster by winning an easier contest.

It often helps to go the parade ring when visiting a racecourse.

A sign of good health and fitness is a horse with a shiny coat whereas an unruly temperament before a middle distance event is not a good signal as the horse is wasting precious energy. A relaxed horse before such a race is worth noting as is the trainer travelling a very long distance just for the race.

All of the above considerations can be important factors in deciding the outcome of a flat race but are not guarantees for actually backing a winner, as many experienced punters will testify.

However, bearing these flat racing tips in mind could significantly increase the chances of incurring more profitable betting during the flat season.

The most important thing of all to consider is the price you’re getting and the value on offer at that price.

If you aren’t getting the odds that provide value with the information you have at hand, avoid placing the bet.