How to Bet on Golf’s Major Tournaments 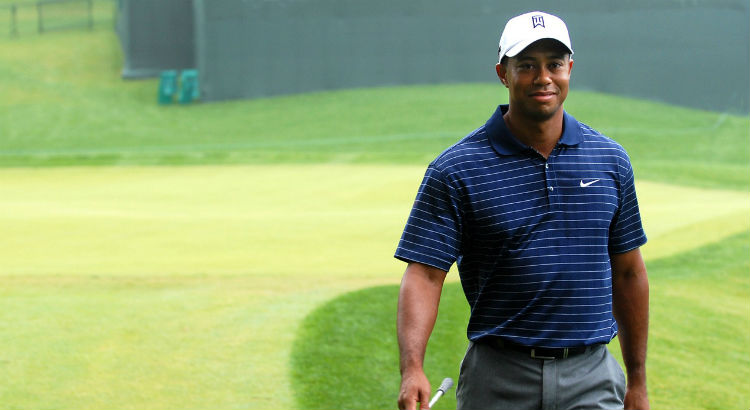 With Tiger Woods’ dominance now a thing of distant memory, the majors have become increasingly competitive and several contenders often possess the credentials to go all the way.

That means there’s plenty of value on offer leading into each major tournament.

In this golf major championships guide, we’ll give you a comprehensive guide to the specifics of betting on each of the four majors.

The tips below can be applied to all types of bets on golf, which we’ve previously detailed through our golf betting tips post, not just the outright winner’s market.

Given this is the only major to be held at the same venue every year, assessing the track record of players at Augusta National is a great starting point for betting on The Masters, which runs during the first full week of April.

Some of the world’s best players have had a tough time at the iconic venue, while lesser lights who regularly head into the tournament at odds over 100/1 have a green jacket hanging in their wardrobe. 2016’s winner, Danny Willett, won with pre-tournament odds of 60/1.

Augusta represents a unique challenge full of intricacies that takes time to learn and become accustom to.

It’s no surprise that there have only been three first-time winners of the event, the last being Fuzzy Zoeller way back in 1979.

With this in mind, it may be best to stay away from the rookies, even if they have won other events on tour and look primed to challenge.

Instead, you should generally look to those who have a respected track record at the venue. You’re looking for someone that can drive the ball a long way; hitting plenty of fairways and greens.

Conduct some thorough research into the past performances of the players you fancy, and look out for them posting consistent results in the year’s first major.

A player with a pattern of Top 25s and Top 10s at Augusta under their belt could just be the next Masters winner, but you need to make sure you only back them at the right price.

Distance and touch; these are often two key elements of US Open success.

The year’s second major, which runs in mid-June, is renowned for producing the toughest courses on tour, inevitably leading to high scores and bruised egos.

The ability to drive it straight and long is vital.

The courses are renowned for their length, and those who stray off the tee tend to suffer stiffer penalties than usual.

A majestic short game is equally important, and must include an ability to putt on lighting fast greens.

Using the plethora of stats available online, such as those on the PGA Tour and European Tour websites, you can easily spot players who are both prodigious off the tee and hold strong short-game statistics.

It’s no surprise that Dustin Johnson combined these facets brilliantly on his way to a dominant victory at Oakmont in 2016.

What’s more, Johnson was a runner-up at the event just one year before claiming victory.

Marry the relevant stats with a player’s US Open record, and you could be on to a winner.

As with The Masters, there is a temptation to lean towards experience when short-listing your favourites for The Open, which is, aptly, the oldest of the four majors.

As always, don’t forget to do your homework on the type of test at hand.

The common – and unique – factor at this major is that it is played on links courses. Links courses have few (if any) trees, the same applies to water hazards, and the ground is often ridgy, uneven and sandy.

Noting a player’s track record on links courses, including their skills in handling factors such as sand play, should be part and parcel of your research.

Also, note that these courses are renowned for their inclement weather, including stiff seaside breezes, so always keep an eye on the forecast to help make shrewd in-play moves and amend your bets as required.

Generally played on the third weekend of August, this year’s PGA Championship has been brought forward due to golf’s return to the Olympic Games and will run July 28-31, just two weeks after The Open.

In-form players are the way to go here.

The majority of recent PGA Championship winners won an event earlier in the season before claiming the year’s final major.

Furthermore, there is a pattern of recent winners posting a respectable result the week before they claimed PGA Championship glory.

Having already had a consistent season, the Australian posted a respectable 12th-place finish at the competitive WGC-Bridgestone Invitational a week before claiming the biggest win of his career.

It is thus worth keeping an eye on the Canadian Open, the event immediately preceding this year’s PGA Championship, to monitor form trends.

But don’t limit yourself only to recent results:

Take a look at the season as a whole, noting winners and players who have consistently featured at the top-end of leaderboards.

Note those whose form may be building up leading into the PGA Championship.

And take a look at the world golf rankings. Who has made up the largest ground in the season?

This research will offer telltale signs about which players are primed to contest for the top prize.

That quickly changed, as Spieth suffered a stunning collapse earlier in the year at Augusta, paving the way for surprise winner Danny Willett to snatch the green jacket.

At the 2016 US Open, all three players were outgunned by Dustin Johnson, not to mention a host of other contenders:

This highlights that perhaps talk of certain players dominating the sport – and the market – is premature. Day may have finished T9, but Spieth finished 9-over-par, and McIlroy missed the cut altogether.

Golf has a depth of talent that it hasn’t possessed in a long time.

And with that come wide open fields and the opportunity to spot plenty of value in the market leading into majors.

But how do you spot value in lower-ranked players?

Value Deep in the Field

In our golf betting tips post, we highlighted that Top-10 players regularly start at odds of 20/1 and above leading into tournaments.

Keeping in mind that many of these players have already won, some numerously, on the biggest stage, this usually represents fantastic value…

…But make sure to investigate deeper.

If you sift through the top 50 players and scrutinise their performances on the sport’s biggest stage, you’ll might be able to spot more value.

There will be more past major winners, not to mention players who have regularly featured at the business end of these tournaments and are due for a maiden win, just like Johnson was at the US Open.

Combine past performances at majors with recent form, along with a player’s performance at the venue of the event, and you’ll be on your way to finding plenty of value that can be applied to a wide range of bets.