How to Bet Profitably on the MLS 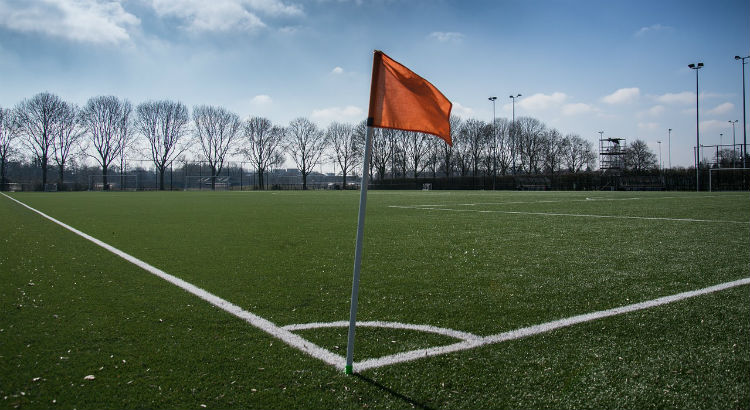 Having covered the basics in our football betting tips masterclass, we are turning our attention to the unique aspects of wagering on certain leagues.

In this post, the focus is Major League Soccer, otherwise known as MLS.

Football is growing in the United States and the MLS is benefitting through strong TV viewership and packed stadiums.

The recent success of MLS stems from increased television and sponsorship revenues, as well as a successful expansion of the league, including beyond US borders and into Canada.

Also spurring its growth is the influx of global stars coming Stateside at the tail end of their careers.

The likes of Frank Lampard, Steven Gerrard and David Villa are all examples, and have had a profound impact on the quality, as well as marketability, of the football on display.

It may not be the English Premier League in terms of its global appeal and relevance, yet, but there is no doubt that the MLS is on the rise.

With that comes an increase in betting activity on the league, and the need for bettors to be alert to the particularities of wagering on MLS.

That’s where we come in.

This guide will help you identify the key factors that should be taken into account when betting on MLS, as well as the resources you need to consult to increase your chances of winning.

The cornerstone of any sound bet is the investment of time into study of all the factors that can shape the outcome.

And there are numerous resources to consult when it comes to building your own MLS form guide.

Websites with comprehensive MLS coverage are growing in number, but its hard to ignore the dominant players in the home market of the league.

ESPN and Sports Illustrated are two such resources, which both provide in-depth details.

The official website of the MLS is also a great go-to source for up-to-date stats and analysis. It includes free highlights of each match, as well as a paid subscription services that allows you to watch matches live.

If you’re a fan of using the opinions of others to form your own, podcasts could be another way to garner knowledge and insight.

Mainstream American sports radio has been slow to embrace football, but an increasing number of stations are creating football-specific programming.

Still, in this case it’s best to look beyond generic coverage and find something MLS-specific. Try the MLS in-house football podcast ExtraTime Radio or Bury My Heart, USA.

Whether you use one or all of these tools, there are no shortage of options.

Playoffs are engrained in the US sporting culture and football is no exemption.

Unlike the vast majority of football leagues, MLS employs a post-season to determine the overall champion.

The league is currently comprised of 20 teams, which are split into two conferences, East and West.

The regular season is then followed by the 12-team MLS playoffs, and ends with the MLS Cup championship final – a one-off game that decides the overall champion.

From a betting perspective, this can leave room for a lot more value in the overall winner’s market, as a team simply has to claim a top-six finish in their conference to feature at the tail end of the season.

The top finishers remain the most fancied teams in the playoffs, but as is the nature of a knockout format, anything can happen on a given day.

Teams that were at long odds at the beginning of the season have been known to go all the way in the MLS.

Another factor to be wary of when betting on MLS is that the league generally runs from March to October, leading to scheduling conflicts with the FIFA calendar.

What this means is that several players from MLS teams depart mid-season to take part in international tournaments for their countries.

These are generally top-line players and their absence from the squad can have a major bearing on match results.

Therefore, anyone betting on MLS needs to keep a close watch on squad changes leading into each game as weakened teams plenty of opportunities in the market.

The argument exists that having playoffs in football competitions to decide the winner reduces the importance of the regular season, and MLS bettors should consider this point carefully.

With so many teams keeping an eye throughout the season on what they are required to do just to reach the playoffs, tactics are adjusted accordingly and a defensive style of play often ensues.

In fact, teams who qualify for the playoffs often have lost as many, if not more games, that they have won throughout the regular season and have been known to progress with a negative goal difference.

Even the sides that top the conference have historically failed to post dominant overall records in the regular season.

Teams that have topped the standings generally do so by winning around 60% of their matches; this is a lower winning percentage than what the top sides accumulate across major European leagues.

What this all means for the bettor is that the MLS is a hotly contested competition where the difference between the top, mid table and lower table sides isn’t as pronounced as other leagues.

A high percentage of matches are drawn or decided by small winning margins. Use this knowledge to your advantage.

Another thing to keep in mind is that there is no relegation from MLS for teams who finish at the bottom of their respective conferences.

Unlike in England, where teams facing relegation will often enjoy a spike in form as they battle to survive, thus giving bettors some enticing value to consider, MLS sides out of playoff contention often fade away as the season reaches an end, and are often compared to playing at a level of league one or league two teams.

In this case, bettors and tipsters should be ready to make wagers against these sides if the odds provide value.

While MLS has grown in stature, both at home and abroad, the league is still in the process of maturing.

As such, some of the patterns that can be identified by bettors in more established competitions are less obvious.

It’s no surprise that a team rarely wins the competition in consecutive seasons, and this is in part due to the presence of a playoffs system used to decide the overall winner.

But it also because of a very open league where the difference between competition heavyweights and strugglers isn’t as pronounced as other football leagues.

All of this combines to make MLS a trickier betting proposition as a whole, but it certainly remains feasible to create a sound betting strategy that leads to profit.

The league’s growth has been reflected through wider media coverage and a growing number of resources from which to source information.

This allows MLS bettors to be as thorough as possible with their research to identify the nuances of the league and wager accordingly.

Best Bank Account For Matched Betting 2021 Guide
The Best Matched Betting Sites 2021 – Our Top Picks Reviewed
The Top Matched Betting Mistakes & How To Avoid Them
What Is Matched Betting & How Do You Do It? [2021 Guide]
Best Sports Blogs: The Best Sport Sites to Read In 2021
Will Blockchain Technology Revolutionise the Way You Bet?
How to Cash in More Poker Tournaments
Poker Hand Rankings – What Are The Best Poker Hands