Baseball Betting Tips 2022: How to Bet on Baseball for Profit 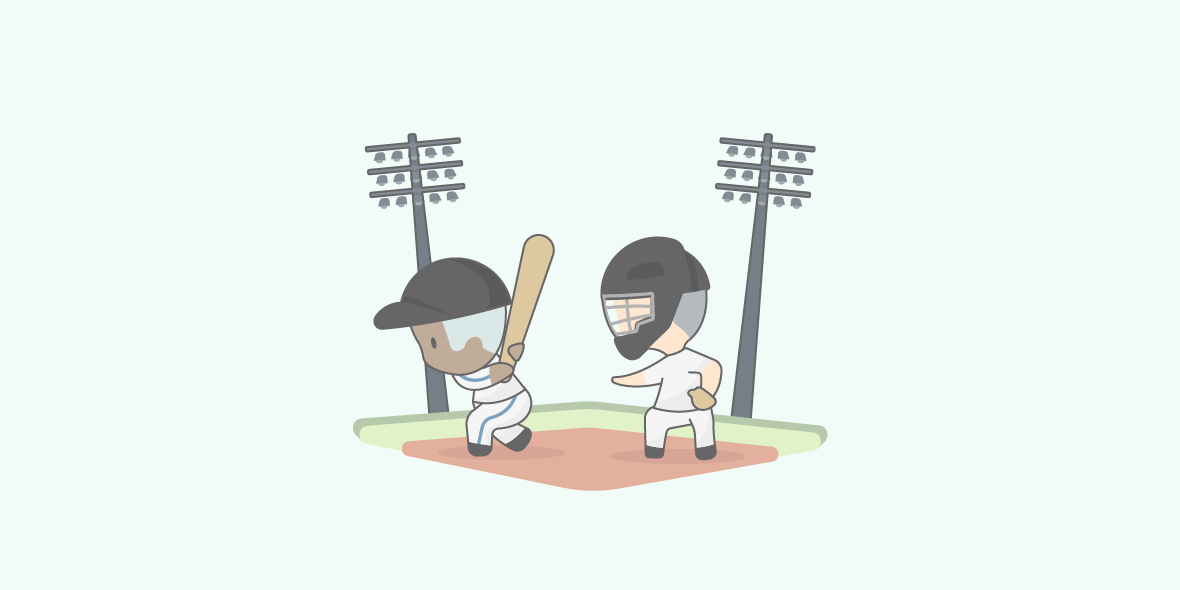 To reap the financial benefits a wide range of factors must be considered before putting your money on any one of the options given by your bookmaker.

There isn’t a sport with more metrics or data that are all crucial in the prediction of outcomes; it is well worth understanding what each statistic means to help pick the best option to bet on.

Here now is a guide on the major aspects of baseball to consider when attempting to bet profitably on MLB games.

The Teams and Competition Structure

There are 30 teams in the MLB, all based in North America, and they’re split into 6 divisions and 2 leagues: the East/West and Central and the National and American Leagues.

From there, each division winner advances to the postseason as well as two wildcard teams from each league, leaving a championship team from each league to contest the coveted World Series.

There are no salary caps to inhibit teams from buying any players, and trading occurs frequently throughout most of the season and the offseason.

What is important to remember here is that different teams have different budgets and baseball is a lucrative business. Annual budgets vary from around $60 million to somewhere in the region of $250 million, depending on the wealth and profiteering capabilities of each baseball franchise.

Each team has several minor league affiliated teams who supply young talent and recycled players, and often these prospects are used to trade for players who on other teams.

Many teams whose seasons are effectively over early in the season – teams effectively know with 4 months to go whether they’ll qualify for the World Series – start to re-build.

These re-building teams are very difficult to predict and often have a ‘plan for the future‘ rather than a ‘win today‘ mindset, and are well worth avoiding when betting on baseball unless they provide exceptional value.

Whilst rebuilding, teams tend to stockpile prospects acquired from trading off their expensive players who they no longer believe to be a core part of their next competitive unit.

However, some rebuilding teams will acquire MLB-ready recruits who will perform exceptionally well, particularly pitchers, so they may well be worth betting on given the correct circumstances.

There is a non-waiver trade deadline (almost like a transfer window) in the MLB after around 4 months of the season, meaning that trades beyond this deadline will be tougher to facilitate and are mostly non-quality player swaps.

Right before this deadline, teams who are not in the thick of competing will often choose to be sellers, sometimes just 1 or 2 players or other times a host of their starting lineups.

The reason for this is to acquire prospects for players who may be aging or approaching free agency, with their current team believing other teams to be more willing to pay the player’s demanding wages.

Even teams that are still close to .500 will often choose to be sellers, which can affect their immediate ability to continue performing at the required level.

Overall, a team’s ability to win is greatly affected by the trade deadline, the front office’s philosophy and their ability to retain players.

Judging a player’s performance has become a lot more complex with sabermetrical data and various formulae which sorts the better hitters, pitchers and fielders.

A superstar in baseball can not only hit the ball but has additional power in his game, by hitting for extra bases and Home Runs regularly.

Furthermore, he has a great ability to defend which means to catch the ball, and throw base-runners out regularly with a powerful arm.

Speed is also a great asset to have as he will steal bases often allowing more runs batted in (RBI) due to being in scoring position.

Betting markets include a host of categories that is related to these statistics, thus deciphering your choice of player that you think will succeed individually is a good start to profiting, given your data is accurate and the odds are high enough to offer value.

Pitchers – The Most Important Piece of the Puzzle

However, it’s pitching that is the most important part of a team’s ability to win a game, and there are a host of ways to evaluate an individual’s efforts, whether a starter or relief member of any given team.

Remember though, without offense (players scoring runs) a pitcher is restricted in his ability to win games for his team.

The starting pitching staff work nearly exclusively on a 5 man rotation, with the better pitchers starting on day 1 of a series. This is important to remember when betting and is best illustrated this way:

If you were to bet on the Dodgers to win with their best pitcher starting, the odds are not likely to be great but you will be confident of a win due to his outstanding record.

However, this is only relevant if you can get the right price to make it a profitable long-term play.

On the other hand if you were to bet on the Dodgers with their second best pitcher starting, the odds are going to be higher, but their record will of course be inferior.

It’s up to you to decide which odds provide more value – and if either actually provide a profitable betting option.

This is just the start of the puzzle though, as relief pitchers generally will work 2 or 3 days and then require 1 or 2 days rest, allowing them to cycle through the entire season, and pitch around 70 frames.

Going back to the Dodgers example, if in the first case a good relief pitcher is available to close the game, the likelihood of them winning is very high, however in the second case the best relief pitcher may be on an off day, as he could be the 4th or 5th man in the rotation.

This means a lesser reliever will take the mound, and due to pitcher #2 in this example not being nearly as reliable (at least on paper) as #1, several relievers may be required to complete the game.

Bullpen (relief pitching staff) management is a key aspect to a team’s success, which is extenuated by the 162 game regular season schedule which occurs in a 6 month period, meaning teams have few days off over the entire period.

Ensure you know your pitchers and who’s going to be pitching in a game before you place money on a team.

Health plays a huge role and is easily monitored in the MLB; there is Disabled Lists of 7, 15 and 60 days for each team, where a player on the 7 or 15 day DL is replaced on the 25-man roster by someone from the affiliated minor league team in their organisation.

A player on the 60 day DL is even removed from the secondary 40-man roster, allowing another player a promotion.

The reason health is so important to monitor for punters is that quality players, particularly pitchers, cannot easily be replaced and this severely affects a team’s winning capabilities.

There are times Dodgers are tragically hampered by injuries to their pitching staff this season, with 5 or 6 starting pitchers that would be playing out for extensive periods, highlighting the need for huge depth in pitching to survive 162 regular season games.

Above all else, form is vital for a player to maintain his place on a roster for any given MLB club. However, often other factors play a role on deciding his fate and his team’s ability to compete.

Generally, these other factors revolve around money, as baseball is big business.

These types of considerations are more likely to affect punters that are looking at investing in long term markets, such as will team ‘x’ make the post season or win a division/championship series and/or the world series.

Although, these decisions can happen at any given time which can highly alter the teams capability of winning, because baseball games happen while the business sector of baseball operate.

A team will often have plans in place if they make the decision to place a player on release waivers.

An example of this came up recently when the Royals decided to release Infante, who was suffering a poor season with the bat, and had no minor-league options (a player can be demoted for any length of time for 3 seasons following his major league debut).

Infante had previously been a key component to winning the World Series in 2015 and the American League in 2014, but the management decided it was time to release him.  Fortunately for them, they had the depth to cover this reversal in form and promoted Merrifield who had played remarkably well in his 1st month at the highest level.

Poor form, terminated contracts and injuries play a very real role in markets for betting companies, meaning punters ought to keep these in consideration when successfully beating these companies, which in essence is what we set out to do when placing bets.

Baseball entwines people across the globe as keeping up with all of the news, results and transactions can easily become a full-time occupation.

All of the variables make it a difficult but achievable sport to profit on, and understanding the movements of players and results in games is invaluable.

Pitching match-ups is the most important part of the game to master, particularly if there is a mismatch between one team’s starter and another team’s.

Furthermore, bullpens’ workloads impact not only game results but a seasons, as a quality group of relief pitchers more often than not has been a crucial feature in the best teams in recent years.

Unquestionably, a mixture of power batters and elite fielders with speed is vital to finding the right balance and succeeding, and for punters knowing who these players are is equally vital.

A player can get away with batting at league average or slightly under, provided that his defensive prowess is elite; particularly important is his arm strength and speed.

Most importantly of all in profiting on baseball bets is to be up-to-date with your knowledge of the team/player you are betting on and to be sure you are not taking unnecessary risks on teams that have injuries to key players unless the price dictates to do so.

Luck can become a lesser component to betting success if your knowledge is at a high standard, which means studying the transactions, form, health and overall philosophy of the team in question.