In this section of the site, we move on from our main focus of matched betting tips and move onto sports trading tips instead. Sports trading is one of the most exciting ways to bet in the entire gambling industry.

What is sports trading? Well, it all seems quite complicated from the outside. Imagine Wall Street trading, but in the palm of your hand – and instead of being based on company share prices and financial markets, it’s based on sport. Sound interesting? It is.

When enough money is bet on a certain market, the odds move. This is pretty basic knowledge in the world of betting. However, trading comes into play when you know the odds are going to move, and therefore you use them in your favour – by backing at one price, and laying at a lower price, or vice versa.

The process can be tricky to master, but it can also be easy to pick up to make some initial profits straight away. With our sports trading guides, you should be able to grasp a basic understanding almost instantly. 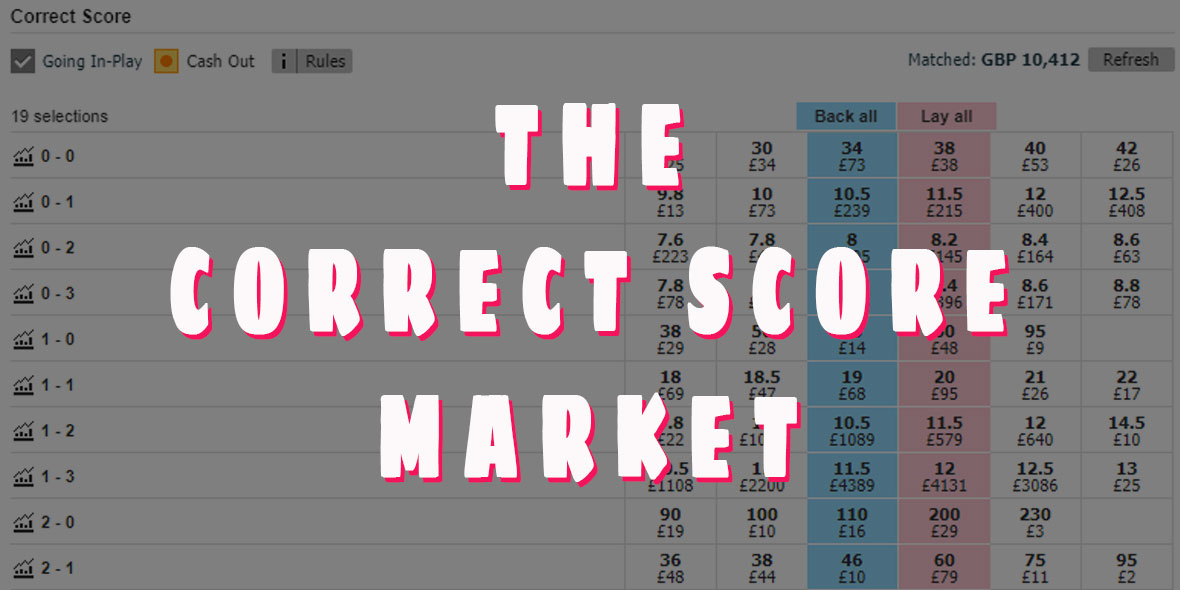 How To Find Value In The Correct Score Market

If you have recently started trading on Betfair, you may have noticed one of the most liquid football markets is for correct score betting. 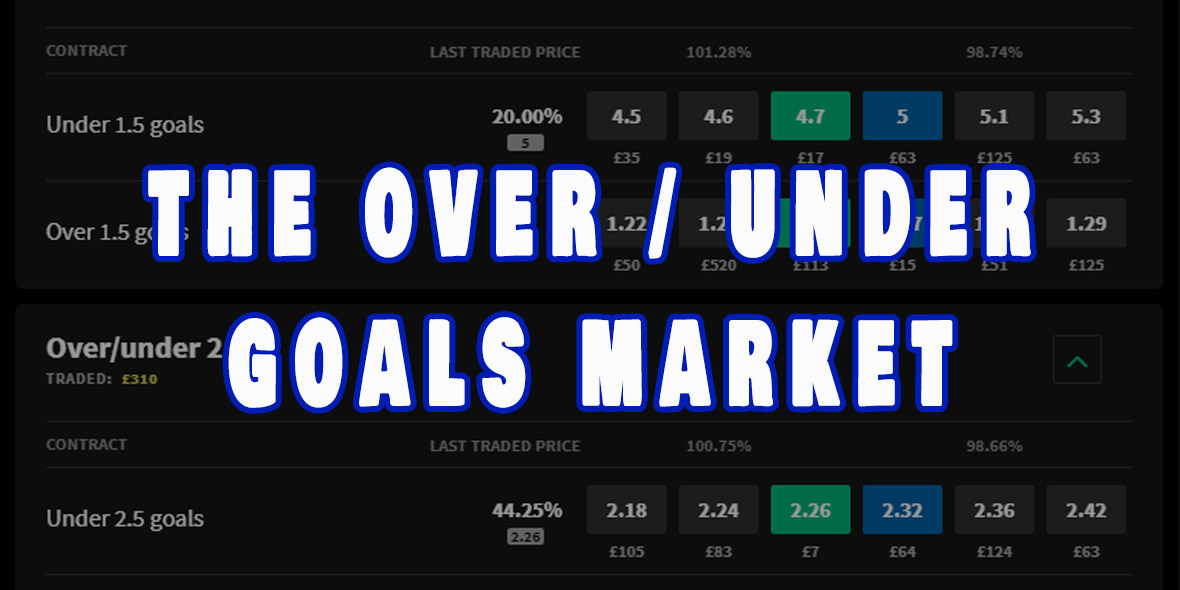 How To Find Value In The Over / Under Goals Market

Football is all about goals, and punters love backing their favourite team scoring. As traders, this is something we can take advantage of.

In this guide, we will look at the over and under goals markets from a football trading perspective. 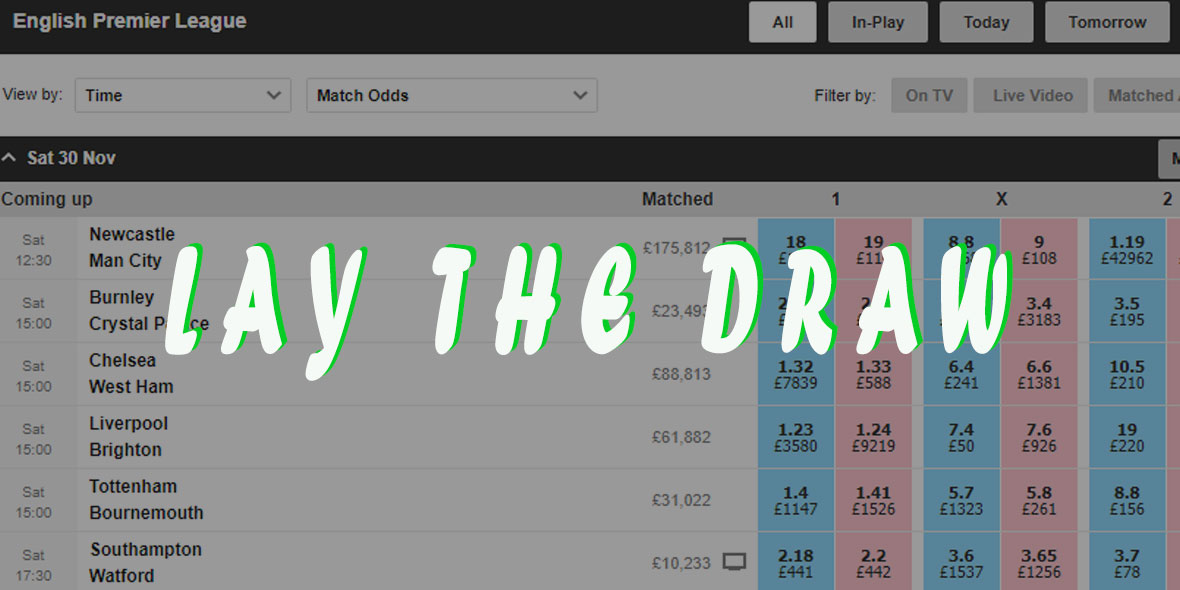 Lay The Draw: How And When To Do It

Laying the draw is one of a handful of regular techniques that most Betfair traders have used at one point, and has been popular since the early 2000s.

In this guide, we will look at what it means to lay the draw, which games are most appropriate for this tactic, and how we can adapt our strategy to keep our risk as low as we can. 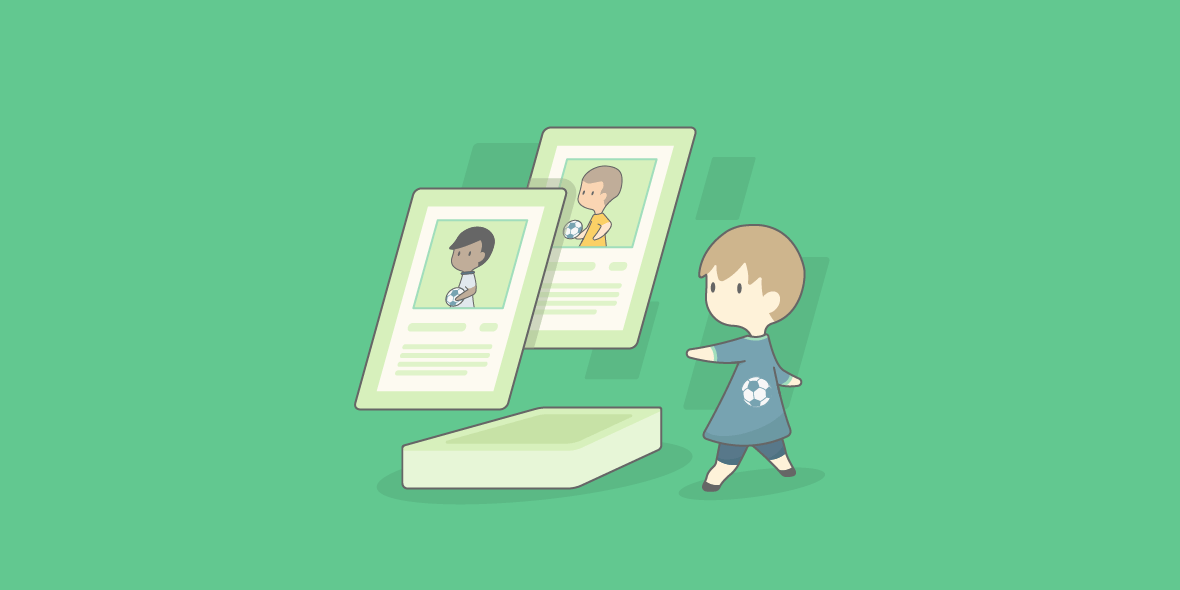 Football Index: What is it & How Do You Make Money?

In this Football Index review, we’ll be going over the details of the site, how to use the service, their main features, and having a look at a few different trading strategies to help make the most of your investment.

Finally, we will look at ways of controlling any potential losses. 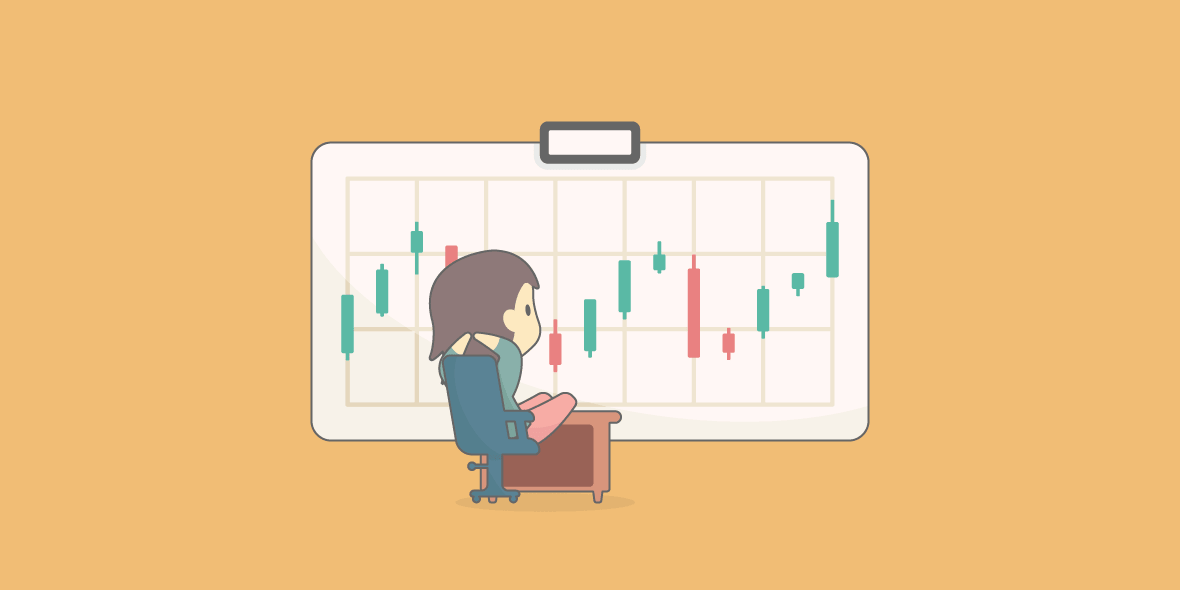 How To Use Betfair Charts & Improve Your Trading

Understanding and being able to effectively use Betfair charts and graphs is one of the key factors that make a successful Betfair trader.

In this guide, we will be going over the basics, from how to access the Betfair charts, to what they mean and how to read them. Hopefully, after reading this article you will be able to improve your trading substantially. 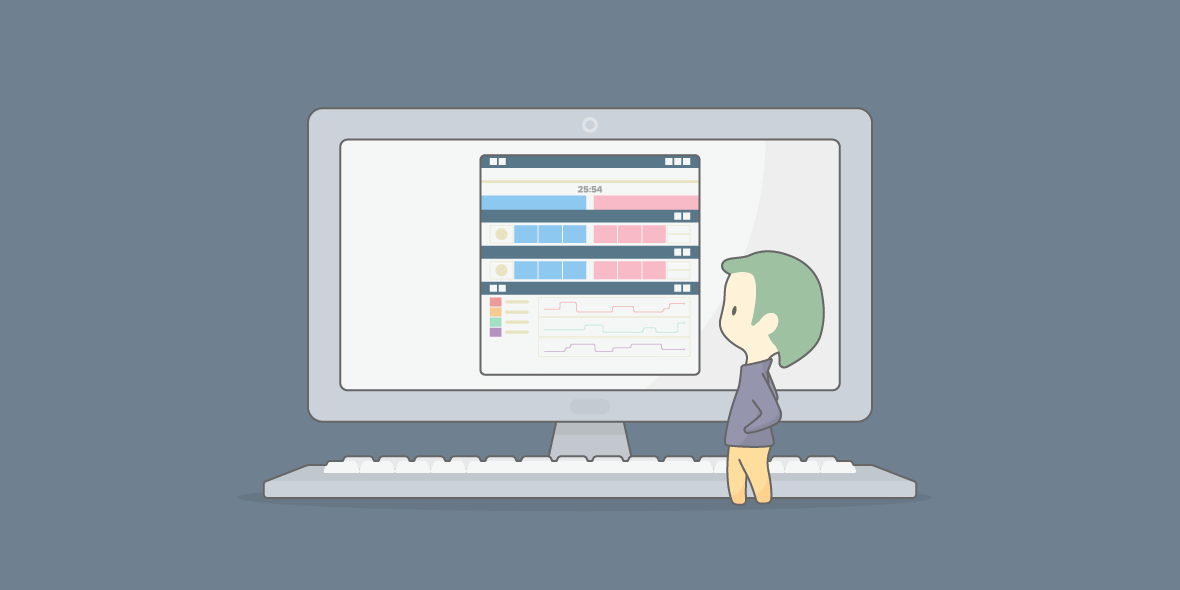 If you’ve just gotten started trading with Betfair, you will realise that there are a few things that could be simpler. That’s where Betfair Trading Software comes in. If you want to be profitable in the long run, you need to use some kind of software.

Fortunately, there are several different options available. But which software is best? This Honest Review will cover all the key aspects and help you decide which software is the best for your specific needs. 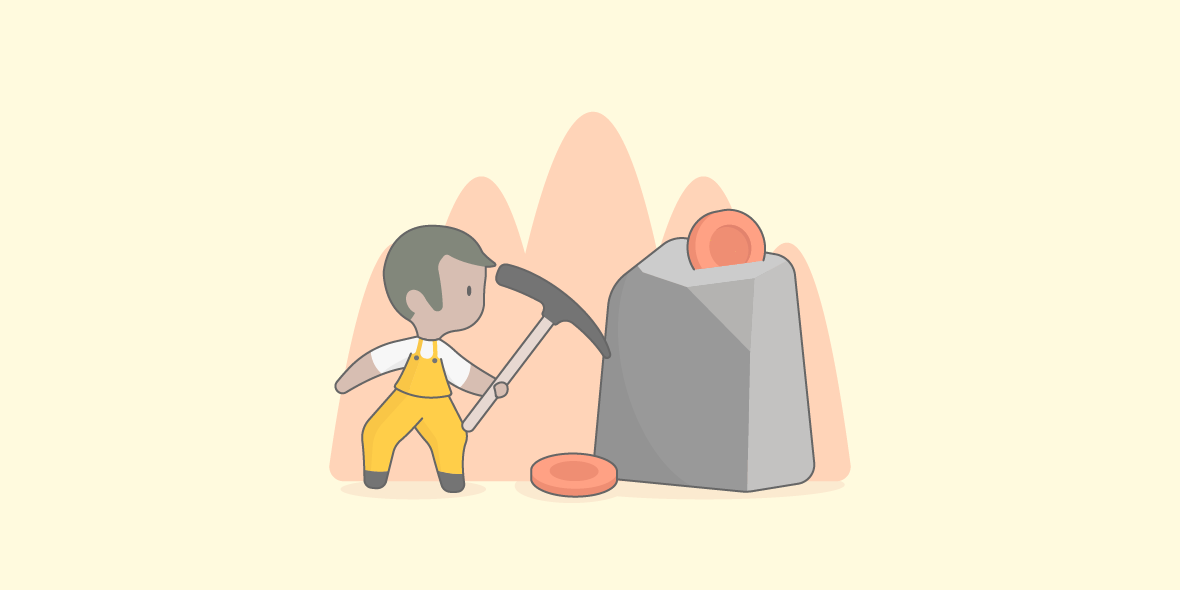 How To Scalp Betfair Exchange: The Ultimate Guide

In this guide, we’re going to teach you how to start scalping and the strategies to get you earning. 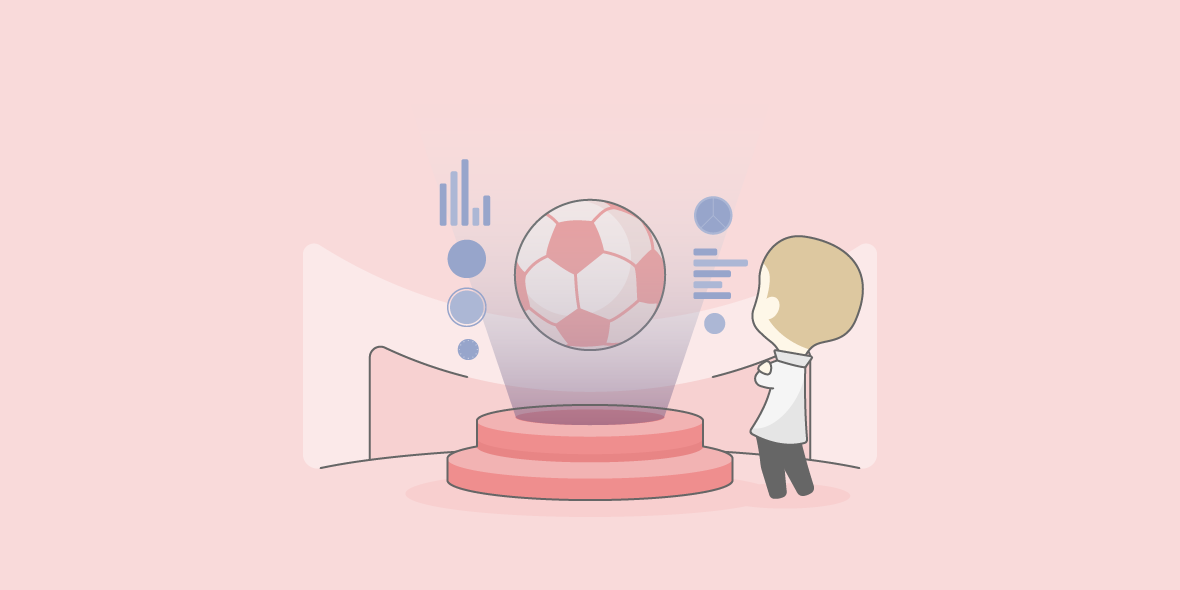 Football is one of the most popular betting markets in the world. This makes it a very attractive prospect for trading. 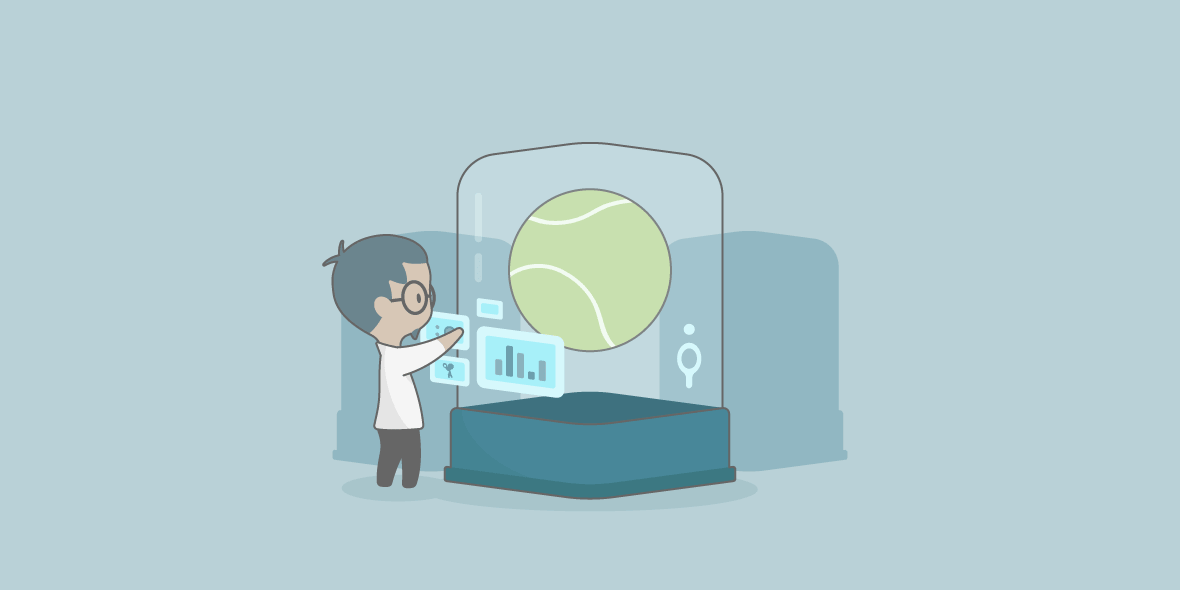 Chances are you’ve heard of people trading the horses, and probably even trading football markets. However, there’s another market that can provide just as lucrative…

In this guide, we’re going to teach you the best Betfair tennis trading strategies to get you started. 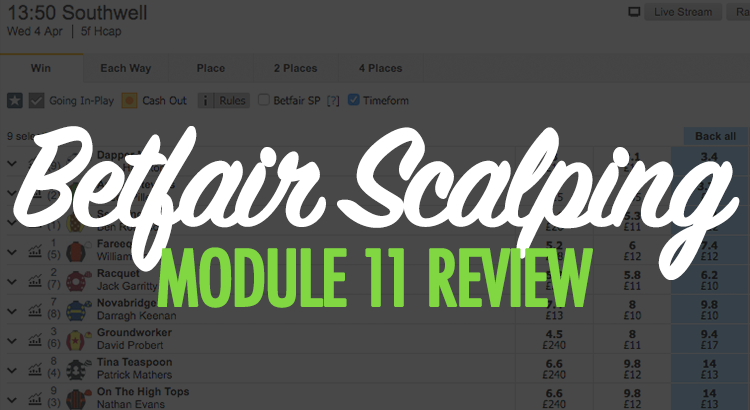 Betfair scalping is one of the most popular forms of trading in the sports markets.

The ability to take 1-5 ticks profit, repeatedly, over a period of time is not only rewarding financially, but mentally too.

The feeling of taking advantage of the market time and time again – a market that is heavily influenced by punters, bots and news – is a great one.

But this is not for feint-hearted.

It is thought that only 5-8% of people make it as profitable traders over the long-term.

Betfair trading as a beginner can be tough.

But with the right mindset and tools, you can become one of the winners.

One of the most underrated tools that you will need in your arsenal is something that you have already…your brain.

Everyone has one – some better than others.

But if you want to make it as a successful Betfair scalper, you’re going to need to use that brain of yours and put the work in to learn and improve.

For those of you that are already aware of the Advanced Video Pack (or our review of it), it is a huge resource comprising of over 20 modules, all of which contain subsections which total to around 100 individual lessons.

However, the video pack is quite an expensive investment.

We believe it’s worth the cost, but we know a lot of you don’t want to fork out three-figures up front.

The Betfair scalping module is one of the biggest and most popular sections in the course, so Caan Berry released it as a standalone product for a significantly reduced price (less than £10!).

Let’s take a look at what’s included & make a judgement on whether it’s worth the price or not.