Is Blockchain Further Blurring the Lines Between Gambling & Gaming? 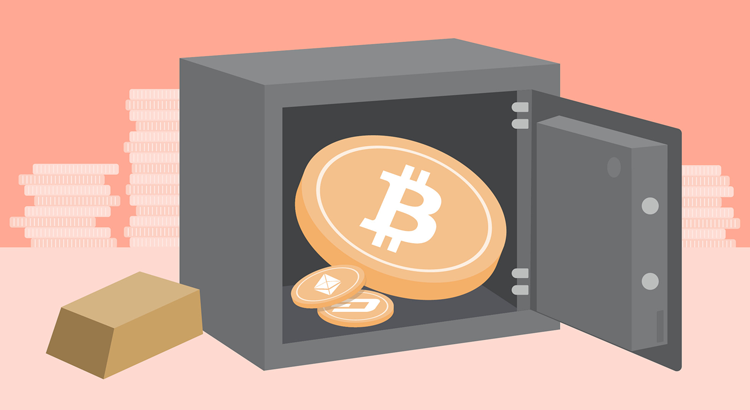 Over the past few years, the lines between video gaming and gambling have slowly started to blur.

The gambling industry has slowly but surely created a more gamified experience.

Gambling platforms are forever adding new mechanics such as cash out and bet boosts. Casino games are growing in entertainment value, and even simple games such as poker are starting to evolve.

The video game industry has started to add gambling elements to their games. Loot boxes have come under massive scrutiny recently, and people are starting to question whether they’re actually a form of gambling.

In fact, The Belgian Gambling Authority claimed that player packs in EA Sports’ Fifa Ultimate Team were illegal and classed as gambling.

EA Sports argument was that because players can’t cash out on their in-game assets, it can’t be viewed as gambling.

That’s before you consider the burgeoning eSports industry, and the fact that betting on video games is growing at a huge rate.

This situation is expected to become extra complicated thanks to blockchain technology. In this article we’re going to explore the mechanics that are causing the lines to blur and whether this is a good thing for the future of gambling.

Why blockchain is growing in influence in gaming and gambling

As the blockchain industry starts to grow and innovative businesses explore the ways they can disrupt a number of industries, there are two niches in particular which are growing at an exceptional rate.

The video game industry has been lauded as the key to mass adoption of blockchain technology.

Throughout time, video games have been an excellent way of introducing people to technology that they may have struggled to understand otherwise.

When computers were introduced to the consumer, they were seen as something that only had business uses. But when video games were added? People started to buy them for their homes.

Take a look at what’s happening with virtual reality at the moment. The technology is capable of some incredible things, but mainly, the most popular application of the technology is for playing video games.

There are a few reasons that gamers are the first to latch onto new technology.

Firstly, video game players are more technologically savvy than the average man in the street. They’re willing and able to overcome significant technological barriers to play the latest and greatest titles.

Secondly, games are fun, and the entertainment value provides a demonstration of new technology that teaches people how to use it without them feeling like they’re being taught.

That is why video gaming is being lauded as the catalyst for bringing blockchain to the masses. We’ll look at what’s being made possible shortly.

The mainstream gambling industry is a monster that generates billions of pounds every year.

But it has grown to be so powerful, that it has a few problems that show no signs of being fixed.

Problem gambling is on the rise.

Considering the money generated by the industry and their technological capability, you’d think they have the ability to reduce that numbers.

So you’re left with the cynic inside you thinking “why would they want to reduce it as it makes them money”.

It’s also an industry that bans people for winning bets, and encourages poor betting habits. Gambling companies have been accused of trying to dumb down the betting population. Whenever they’re questioned over why they ban winning players they say:

“Gambling is a form of entertainment for players, not a way to make for people to make money. Only bet what you’re prepared to lose.”

Now, I don’t know about you, but when I place a bet, it’s because I want to see a return and have lots of crisp pieces of paper with the queens head on it.

We could go into the problems affiliates face when trying to get payment. Or the way that some casino games may be rigged and you’d be none-the-wiser.

But you get the point.

The reason that blockchain betting is heralded as the saviour, is that the core philosophy of all blockchain products is to give power to the people. It’s snatching power from greedy companies and providing fairer services regulated by technology.

The blockchain has the capability to fix all of the issues we’ve spoken about above. The question is, will it?

How does blockchain technology muddy the waters?

To understand why blockchain technology is going to further blur the lines between gaming and gambling, you need to understand the things that are made possible by the blockchain.

One of the biggest selling points, is that it creates a uneditable record of every action that is recorded.

This led to savvy developers creating games where in-game assets are owned by the player.

You play a game, open a loot box, and receive a rare item. Thanks to the blockchain, when you receive an item, you own that item. Forever.

Well, unless you want to sell it that is. There are market places for in-game items where people are selling blockchain game collectibles for hundreds of thousands of pounds.

Remember what I wrote about the Belgian Gambling Authority earlier in the article? How it’s their opinion that loot boxes are a form of gambling, but EA sports have been able to evade the law thus far because players can’t exchange their in-game items for money?

From the point of view of the Belgian Gambling Authority, loot boxes in the blockchain gaming niche would definitely be classified as gambling.

Now, it could be that this is what the future of gambling looks like. We are growing up in a world where gaming is the most dominant form of entertainment and it’s showing no signs of slowing down.

Why would the gambler of tomorrow want to place a bet on a horse race when they could open a loot box from their favourite game and potentially win a special edition sword they can sell for £50,000? Especially when you consider that gaming is one of their core passions?

And then if you look at it from the perspective of the blockchain gambling industry, things become even more blurred.

Casino game developers don’t have to pander to the specific needs of each gambling company and create games that are brand suitable.

The one big problem

There is a big old elephant in the room when you’re having this discussion.

It’s that there are age restrictions on gambling content for a reason. Younger people need to be protected from gambling not led towards it.

The Gambling Commission in the UK recently found that 25,000 children in the UK were problem gamblers. This is quite clearly unacceptable.

And games that provide the highs of gambling such as FIFA ultimate team might be acting as a gateway to more traditional forms of gambling.

It’s a problem that needs to be nipped in the bud. And quick.

Yet, that doesn’t seem to be happening any time soon. Younger people are being led towards gambling at a dizzying rate by mainstream gaming and gambling companies.

That’s without even considering the innovations that their blockchain counterparts are bringing to the market.

But these solutions need to be carefully guided in the right direction otherwise there’s a risk the whole thing spins out of control.